© 2020 Autosport.  All rights reserved.
Previous / WRC targets return to United States and China
Next / Toyota will not debut GR Yaris in WRC 2021

Fresh doubts have been cast over the viability of this season's World Rally Championship following confirmation Wales Rally GB won't take place for the first time in over 40 years.

The Deeside-based event has become the third round in less than a week to be cancelled because of the coronavirus pandemic.

It brings the total number of cancellations for the 2020 championship to six, following Rally Chile being called off due to political and social unrest.

Fresh uncertainty over the UK round surfaced on Monday when the First Minister for Wales told a national newspaper that he didn't expect large sporting events to return until next year at the earliest.

David Richards - the chairman of Motorsport UK, which helps organise Wales Rally GB - said cancelling was not an easy decision.

"In close consultation with our chief funding partner the Welsh Government, it is sadly one we are obliged to make in light of the ongoing global coronavirus pandemic," he said.

"In recent years, the huge appeal of the latest generation of World Rally Cars plus the presence of local star Elfyn Evans - a winner in 2017 - have drawn record crowds to the wonderful Welsh forests, but this is not the appropriate time for us to be planning for and promoting an event that brings tens of thousands of visitors, many from outside the country, into rural Welsh communities. 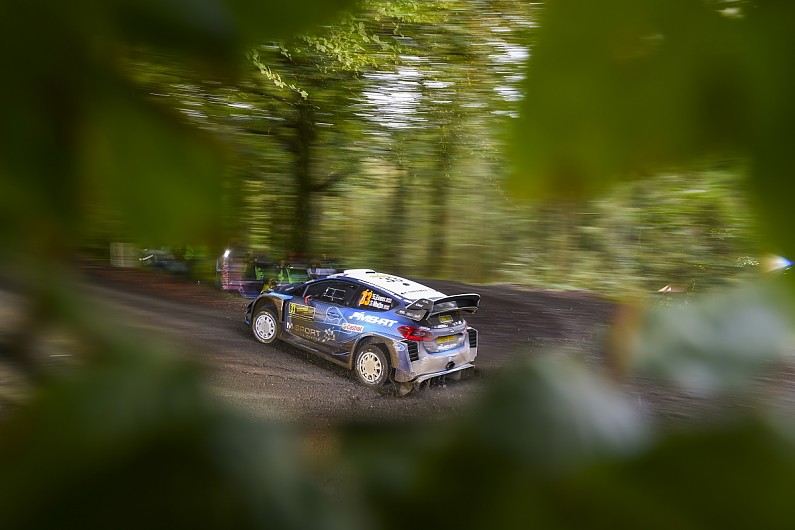 "As the governing body of UK motorsport, our overriding responsibility and absolute priority is always the safety of all involved whether they be competitors, officials, spectators or the many thousands of volunteers who share our passion for this sport, and we thank them all for their ongoing support and enthusiasm in these difficult times.

"While significant progress is being made to combat the virus, there remains considerable uncertainty regarding mass gatherings, social distancing and travel restrictions, plus the possibility of a resurgence of viral transmission later in the year."

Despite the setback, Richards remains upbeat and says colleagues are already working on next year's event.

"We have been closely monitoring the guidance issued by government and it is becoming increasingly clear that it is impossible to make plans with any certainty for such major events in the autumn," he said.

"We therefore have to accept, with an incredibly heavy heart, that cancelling this year's event is the only responsible and prudent option.

"We will instead start focusing our attentions on creating an even bigger and better world-class showcase for 2021."

Rally GB has only previously not run on two occasions following its resumption after World War Two: 1957 as a result of petrol rationing brought about by the Suez Crisis and again in 1967 with the outbreak of foot and mouth disease.

Thierry Neuville suffered a nasty crash in his first test outing since the WRC season was suspended after Rally Mexico in March.

Earlier in April, the FIA had outlawed manufacturers from conducting any testing until 30 May to prevent competitors from gaining an unfair advantage during the coronavirus outbreak.

However, with the deadline having passed, Hyundai arranged a multi-day test for Neuville in Finland to get the crew up to speed ahead of the resumption of the season.

But, on the very first day of the test, the Belgian driver went off the road at a high-speed section, with his Hyundai i20 suffering a roll before landing on its left edge.

Both Neuville and co-driver Nicolas Gilsoul emerged unscathed from the incident, but the damage to their car was so extensive that Hyundai had to abort the test after a single day. The team is now returning to its base in Alzenau.

A spokesperson from Hyundai Motorsport confirmed that the squad is yet to schedule a second test in the wake of the abrupt end to the Finland run. 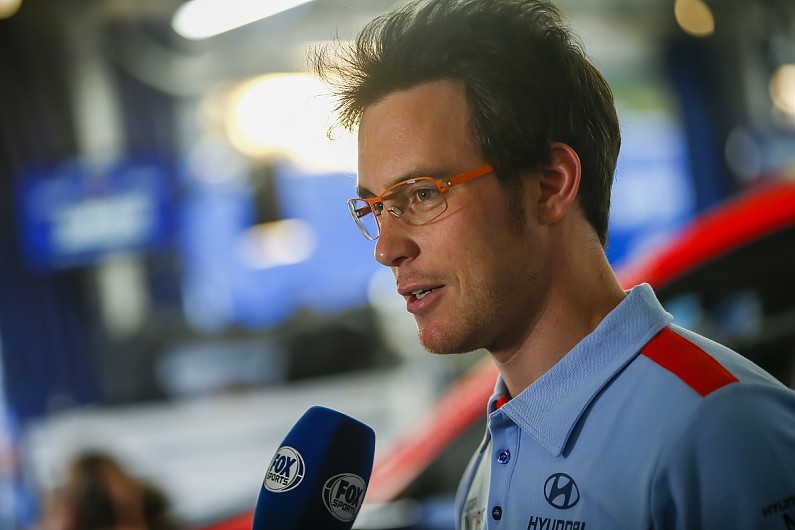