The World Rally Championship has announced that next month's Rally Argentina has been postponed due to the coronavirus outbreak.

Deferring the date of the rally, originally scheduled to take place on 23-26 April, comes at the direction of the Cordoba provincial government in accordance with new measures implemented by the government of the Argentine Republic to contain the virus.

The postponement was then unanimously agreed by WRC Promoter, the FIA and event organiser Automóvil Club Argentino (ACA).

WRC Promoter managing director Oliver Ciesla said: "We understand the priority of the authorities in Argentina to prevent the further spread of this virus in their country, in particular via events where large numbers of people come together.

"We regret the postponement and all parties will work closely together to identify a potential new date for the event."

Carlos García Remohí, president of the ACA Sports Commission said: "It is disappointing but we are facing a world problem that exceeds us and we understand that today we have to protect everyone's health." 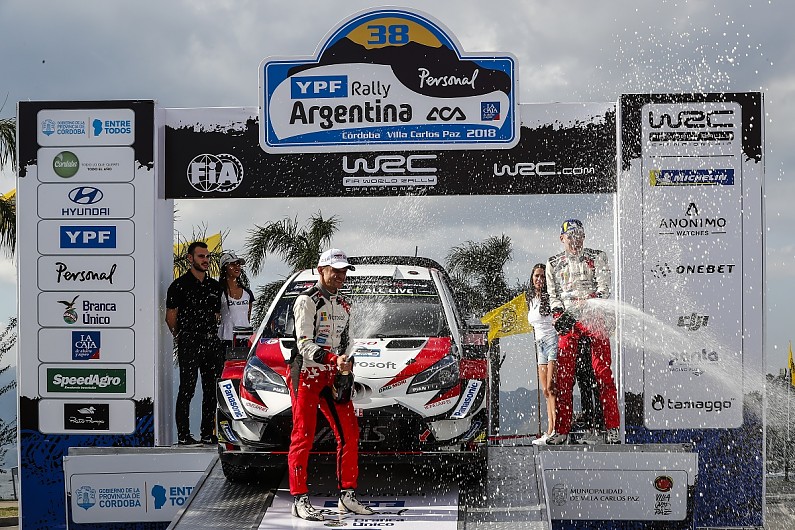 Rally general co-ordinator David Eli added: "We deeply regret having to make this decision for the SpeedAgro Rally Argentina.

"But today, the priority is to preserve the health and well-being of the competitors, teams, members of the organisation and the fans that always join the rally.

"We hope to be able to celebrate our 40th edition soon."

To date 31 cases of COVID-19 have been reported in Argentina, falling in the space of 10 days.

It is believed that the virus was primarily carried back to Buenos Aires by visitors returning from Europe and the USA.

Argentina recently put a temporary ban on all international sporting events in the country, which put the writing on the wall for next month's WRC round already.

Last week it was confirmed that the Argentine Grand Prix - which was due to be the new first round of the 2020 MotoGP season after the Qatar, Thailand and Americas GPs were scrapped - had also been postponed to the penultimate slot on the schedule on November 22.