Max McRae could make his British rally debut in 2020 at the McRae Rally Challenge event that will celebrate his uncle Colin winning the World Rally Championship 25 years ago.

The October celebration at the Fife racing circuit will be the first time three generations of McRae have competed at the same event with his grandfather, five-time British champion Jimmy, and father, 1995 British champion Alister, also set to take part in the one-off rally.

Fifteen-year-old Max won the Arise Racing Driver Search competition at home in Australia - where Alister has been domiciled for a number of years - and will compete in the Western Australia Formula 1000 single-series this year.

After winning numerous karting titles, McRae's move into single-seaters is conventional, but he holds ambitions in rallying.

"I have a great opportunity with Formula 1000 this year," said Max McRae. "Driving cars like the Radical in the selection process was such a good experience for me.

"I still can't believe I've won it, to be honest. I'm really excited about the season ahead and the chance to make the move out of karts and into racing cars.

"At the same time, rallying is so important for me. I had the chance to go to Wales to drive some of the cars my dad and Colin drove in their career, which was amazing."

Max is unlikely to be seen in a Subaru Impreza WRC now synonymous with Colin at Knockhill later this year, but father Alister is keen for him to take part. 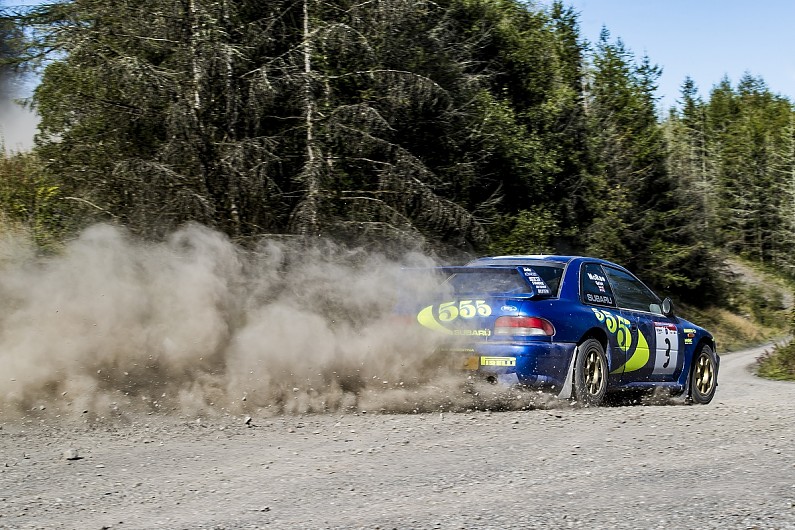 "Max's gramps is very keen to have him there on the entry list.

"I think it would be great to have dad, me and Max on the same event.

"Max will be 16 by the time October comes, so we'll have to see what's possible, see if we can't get him into a junior car, a one-litre something.

"We don't want him in anything quicker - we don't want to give him the chance to embarrass his gramps!"

In addition to his racing commitments in Australia, Max will also compete in a Tarmac Rallysprint Series close to his home in Perth.

As well as the circuit-based stages, there will be evening functions with stars of the rally world on Friday and Saturday evening.