Ott Tanak has played down any threat of a potentially damaging rivalry between himself and new team-mate Thierry Neuville inside the Hyundai World Rally Championship team for next season.

Tanak has joined one of his closest rivals of the last three seasons in Neuville at the Hyundai squad, having just won the WRC title with Toyota.

Tanak completed his first test aboard an i20 Coupe WRC last week and, while he declined to comment on the details of the test, admitted he was looking forward to starting his title defence with the team.

Neuville has been the undisputed number one driver at Hyundai since 2017 but is yet to win a WRC title, and Tanak's arrival is likely to shake up the team dynamic. Neuville said before Tanak's signing that he would welcome the Estonian as a team-mate.

Asked if he felt he was joining Neuville's team, Tanak replied: "Actually, Andrea [Adamo, Hyundai team director] invited me to join his team, so I can say I am going to join the Adamo team! 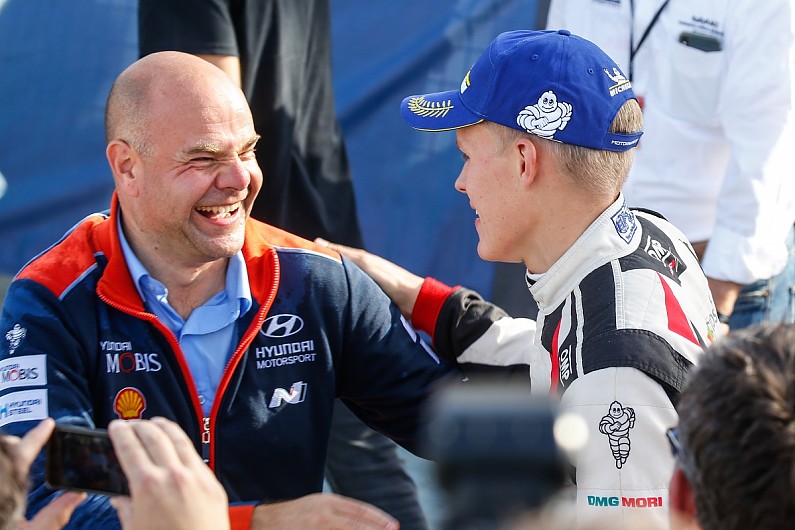 "In the end we are the drivers to do the job.

"It's a new year and we start with a blank sheet of paper.

"Nobody has any points and we are all going to fight for our own championship and for the teams' championship - it's as simple as that. I don't see any problems.

"From my side, I can say I'm professional and I have a job to do.

"As a team I'm confident we are very, very strong together with Thierry.

"I'm sure there will be a big fight [in the team], but as long as the fight stays in the stages, I don't see any problems.

"And normally it should work out that this is the case: if you have a strong team-mate then it makes the team stronger.

"I know Thierry and I will be pushing the team for the development of the car. It's going to be an exciting season." 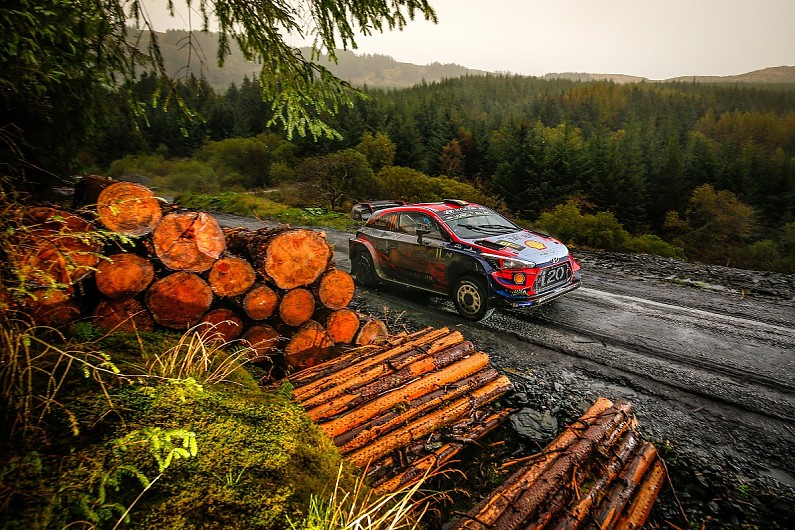 Talking more about his decision to leave Toyota, Tanak said: "It's always easier to stay where you are, but I feel plenty of motivation to keep pushing.

"I can't stay on one title, I have to have more.

"Through the year I kept in touch with Adamo and he's the kind of guy who likes to push as much as I do.

Toyota Gazoo Racing technical director Tom Fowler told Autosport he's comfortable with the level of technical knowledge Tanak has taken with him from Toyota to Hyundai regarding the 2020 car.

"We don't have a huge amount of work coming with the car for early next season," said Fowler.

"Ott will know we have focused on some weight saving, but he doesn't know the areas - which are deep within the car - where we've been working.

"The only other [homologation] joker we're playing is on gear ratios, which is designed to deal with the torque from the engine and extend the life of the gearboxes.

"We're not concerned about what Ott knows about our car."