Hyundai Motorsport could field a second team in the World Rally Championship next season, in a bid to keep Craig Breen and Andreas Mikkelsen in its squad

Breen impressed the team with his first WRC outing of 2019 in Finland where he was sixth until he ceded the spot for his team-mate Thierry Neuville's title hopes.

Mikkelsen finished fourth in the championship for the squad, despite missing a number of events as part of Hyundai's driver rotation.

Both drivers helped the team to its first WRC manufacturers' title in 2019, but the three-car team of Ott Tanak, Thierry Neuville and a shared i20 Coupe for Sebastien Loeb and Dani Sordo leaves no room for Breen and Mikkelsen as it stands.

Hyundai was one of several manufacturers to have run a 'B' team in the WRC up until the new generation of World Rally Cars arrived in 2017.

Asked if keeping Breen and Mikkelsen could mean a return of the Hyundai N squad, Adamo told Autosport: "I am talking about many things and many options.

"We are working together with them, with Craig and with the Andreas. 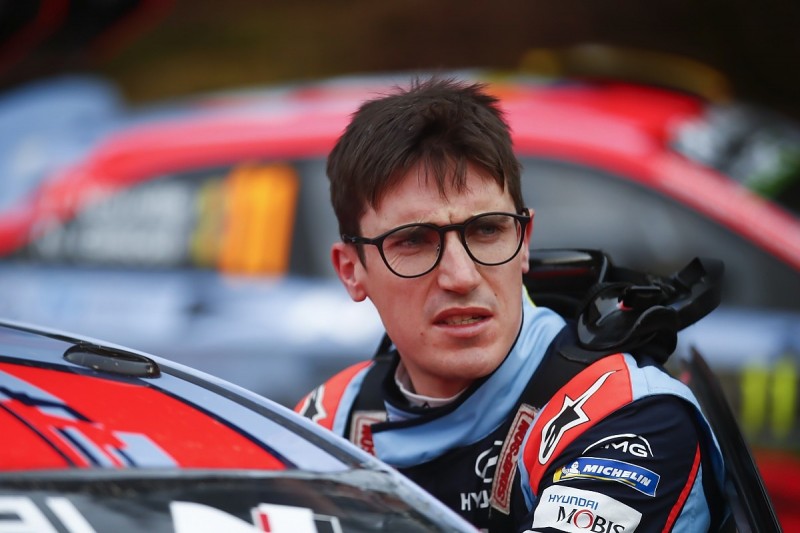 "We are working really hard to keep them with us.

"As we know we will have less World Rally Cars in the WRC next season and all I can is invent ways to make more.

"As you have seen this year, I have already been inventing and I want to go on inventing.

"I don't know how or when this can happen, but the most important thing is to have the idea and if you have the idea then you can have the target and the target is to try to put all of this together."

Breen, Mikkelsen and Dani Sordo all drove Hyundai's i20 R5 in competition at last weekend's Monza Rally Show, with an i20 Coupe WRC also in attendance for demonstration runs at the Italian circuit event.

Toyota's Ogier not interested in reasons for Tanak's Hyundai move