Lappi set the fastest time in the Cetibeli stage - 5.6 seconds quicker than second-placed Andreas Mikkelsen - and fifth fastest in the final stage of the morning was enough to hold off the charging advances of Toyota's Jari-Matti Latvala.

Latvala set the pace in two of the three stages included in the loop, but expecting loose rocks on the road he exhibited caution around Cetibeli , dropping 17 seconds to Lappi in the process.

The Finn then completed the Ula stage 5.8s quicker than his compatriot, promoting himself back to third in the overall standings.

Mikkelsen's strong pace throughout the morning puts him in second for Hyundai, four seconds ahead of Latvala going into the afternoon loop. 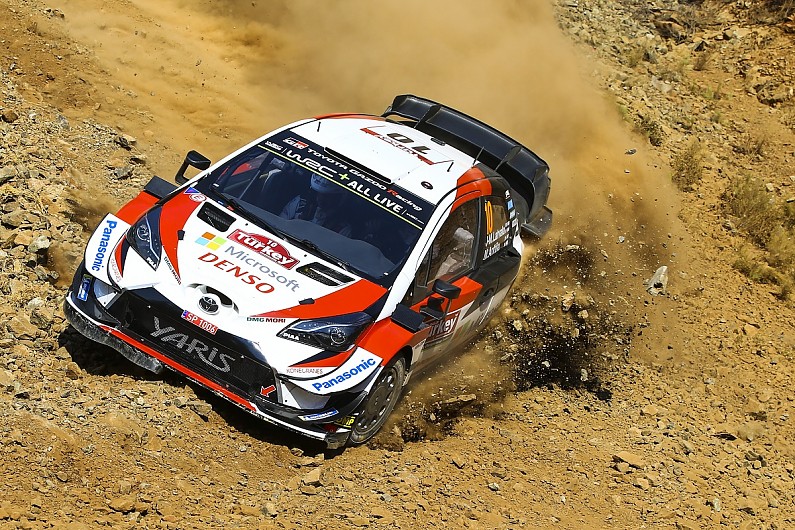 Reigning champion Sebastien Ogier encountered a slow puncture on the opening stage but is still the highest placed of the three title contenders after strong performances on the rest of the stages.

Leading M-Sport driver Teemu Suninen sits in fifth, five seconds ahead of points leader Ott Tanak who as the only driver carrying only one spare tyre enjoyed a slow and steady morning.

Thierry Neuville is a further 8.6s off title-rival Tanak after struggling with the rear grip of his i20 on the dry and dusty stages.

Kris Meeke came through the morning unscathed despite a puncture false alarm on the opening stage when a warning light flashed up in his Yaris.

Dani Sordo did experience a puncture 30 kilometres into the Icmeler stage, dropping 47s to the leader but surviving to sit in ninth position.

Last of the WRC runners Pontus Tidemand rounds out the top 10 for M-Sport as he stands in for the injured Elfyn Evans.