Malcolm Wilson's team famously dropped Tanak from its lead line-up twice during his erratic early years with the team, before he blossomed into a winner in 2017.

He then left for Toyota, where he has led the team's title assault and so far won nine rallies since the start of 2018. Tanak leads the championship by 33 points with four rounds remaining this year and M-Sport is pushing hard to re-sign him for next season.

Suninen, 25, is currently in his second full year in M-Sport's top WRC team having starred in a part-time 2017 programme, but he only has two podium finishes to show for his time in the main squad so far.

"I believe he's got the speed. It's the process we have to go through," said Wilson when asked by Autosport to assess Suninen's performance this year.

"It's quite painful at times, but that's rallying. "I always say it's five years [to become a top driver].

"It's maybe reduced to four now with technology without being on the event - but at the end of the day you need that experience [of events]." 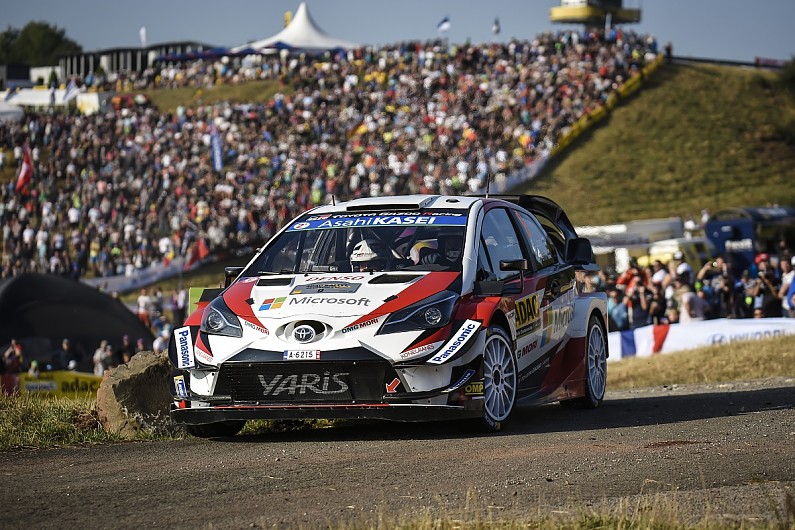 When asked if the process was similar with Tanak, Wilson replied: "Yeah, Ott was obviously a long process, I hope with Teemu the process can be reduced, but at the end of the day he has the speed."

M-Sport intended for Elfyn Evans to be Suninen's full-time team-mate for 2019 but the Welshman has been sidelined since mid-July with a back injury sustained on the non-championship Rally Estonia.

With Evans not back until Rally GB in October, Pontus Tidemand will represent the team on the next round in Turkey.

Gus Greensmith has filled the stand-in role for the last two events in Finland and Germany but M-Sport is keen for him to now focus on showing the potential of its new R5 spec Ford Fiesta on upcoming rallies.