Breen made his debut with Hyundai at Rally Finland in August, and ran in the top five for much of the event before dropping to seventh at the finish to promote his championship challenging team-mate Thierry Neuville.

Autosport revealed soon afterwards that Breen had impressed Hyundai enough to earn another outing in Wales.

On Monday the team formally announced he would join Neuville and Andreas Mikkelsen in its GB line-up.

Breen has contested Rally GB eight times, and it was the venue of his title clinching success in both the 2011 WRC Academy and the '12 Super 2000 class. 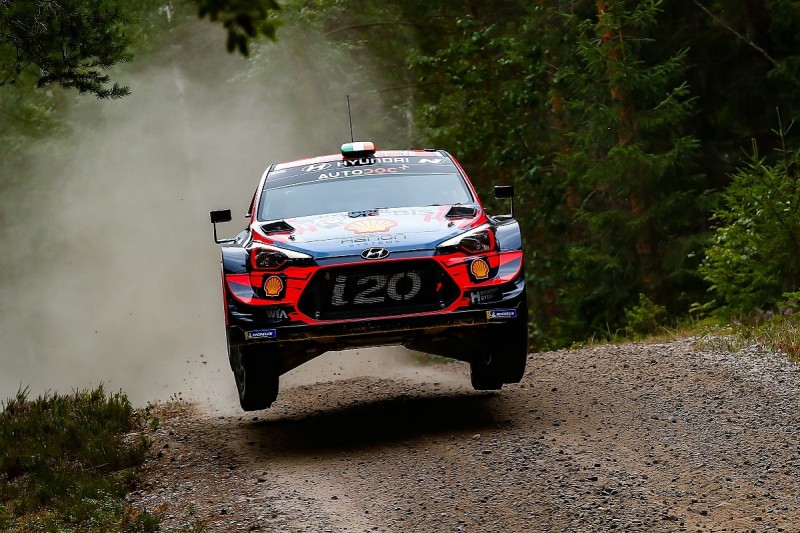 Hyundai has also confirmed its decision to drop Mikkelsen for a third time this year.

The Norwegian will miss Rally Spain, where the team will run with Neuville, Dani Sordo and last year's winner Sebastien Loeb.

Hyundai began the year with Neuville and Mikkelsen as its planned full-time line-up and the intention for Loeb and Sordo to share a third entry.

Mikkelsen's disappointing early performances led to multiple adjustments to that plan, with the reluctance of Loeb and Sordo to contest Finland then opening the door for former works Citroen driver Breen's first chance.