The first stage offered a rare opportunity for crews to tackle a representative road to open the rally - having also used the test on shakedown - with many events in the WRC opting for city centre or super-special style stages to start rallies.

Tanak - driving a Toyota with a revised rear wing - set a time of 2m39.4s and jumped to the top of the leaderboard as the last competitive World Rally Car through the stage.

The only interloper in the top four alongside the title contenders was Dani Sordo, who took the second fastest time behind Tanak for Hyundai in his first appearance in a WRC car since his Rally Sardinia win earlier in the year.

Boosted by an upgraded engine, Citroen's Sebastien Ogier sealed the top three, 0.9s adrift of Tanak in a rally Ogier has declared his only objective is to go all out for the win.

After working on his Hyundai's dampers in the lead up to the event, Thierry Neuville rounded out the top four as the driver who is third in the championship.

He claimed he had been slowed when he saw some dust in the 5.2 kilometre stage which he thought could have been a car off the road ahead.

Kris Meeke looked to banish the thoughts of his Finland retirement on an event he enjoys, 1.4s adrift of his Toyota team-mate Ott Tanak in fifth. The third Toyota of Jari-Matti Latvala ended up one spot behind in sixth. 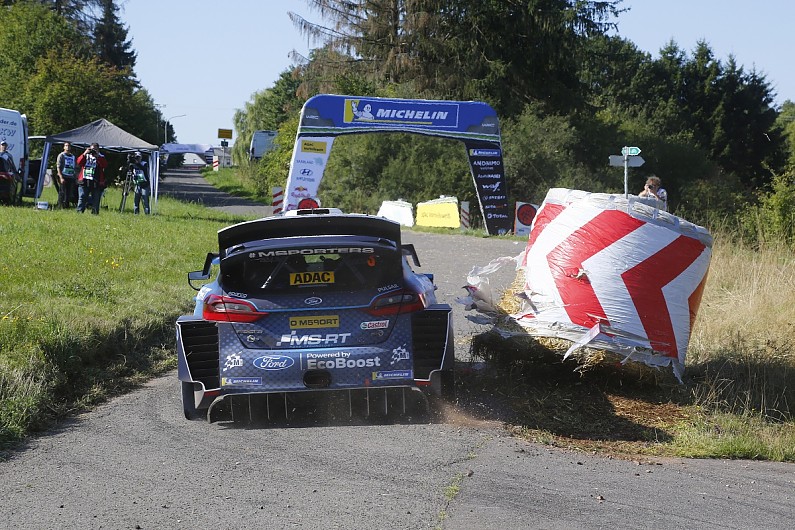 Teemu Suninen was equal fastest at the first split despite musing that his tyres felt cold, and he took seventh as the lead M-Sport Ford Fiesta driver this weekend in the absence of Elfyn Evans through injury.

Citroen's Esapekka Lappi looked to continue his strong form from Finland and topped the mid-stage split along with Suninen, before he went slightly deep into a chicane and had to settle for eighth.

Andreas Mikkelsen (Hyundai) and Gus Greensmith - subbing for Evans at M-Sport for his first appearance on asphalt in a WRC car - rounded out the top 10.

Japanese driver Takamoto Katsuta was the last of the WRC machines in 11th on his WRC debut in a top-line car, having only done two rallies in Finland in the Yaris WRC, one on snow and one on gravel.

Kalle Rovanpera began his ambition to take a fifth consecutive WRC 2 Pro victory by setting the fastest time in class through the first stage.