But Tanak - who is chasing a third straight Germany victory and already leads the WRC standings - retaliated with stage wins on Mittelmosel and Wadern-Weiskirchen, putting him 3.2s clear as they headed for midday service.

Reigning champion Sebastien Ogier is already 13.7s off the lead in third place with an understeer issue in his Citroen, and hinting that he has no idea how to get the car closer to the lead pair's pace. 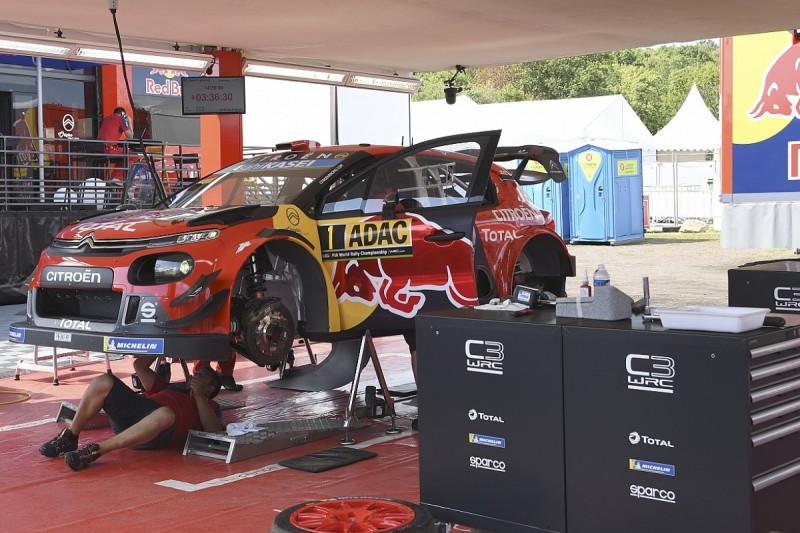 Kris Meeke is just 0.1s ahead of Dani Sordo in the battle for fourth, with Jari-Matti Latvala only 1.9s further back.

Esapekka Lappi and Andreas Mikkelsen are also closely matched - 0.4s splitting them in seventh and eighth.

M-Sport's honour already depends on Elfyn Evans's inexperienced stand-in Gus Greensmith in ninth place, as his team-mate Teemu Suninen's Ford stopped on the morning's first stage with an as yet unexplained technical problem.

Toyota is fielding a fourth WRC entry on this event for its rising star Takamoto Katsuta.

He currently runs outside the top 10, behind the leading WRC2 cars - which are headed by Kalle Rovanpera in 10th overall.