Toyota driver Kris Meeke dropped behind rival Sebastien Ogier following a stewards' decision to hit him with a 10-second penalty for deviating from the Rally Argentina route on Saturday morning.

Kris Meeke has fallen of the World Rally Championship Rally Argentina podium after being hit with a 10-second penalty for deviating from the event route.

Meeke, Ott Tanak - who has now retired - and Mads Ostberg were the three drivers awarded the penalty after Citroen and M-Sport directed the event organisers to look at drivers' onboard videos following the SS11 deviation.

Meeke suffered more than the others, relinquishing his third place to the Citroen driver.

The Northern Irishman starts the final day of Rally Argentina in fifth 7.2s behind the defending world champion Ogier and 1.2s behind the Hyundai of Dani Sordo.

Ogier had queried his rivals approach to the junction in the Cuchilla Nevada-Characato test after he was caught out by the split in the road.

The Citroen man hesitated before following the prescribed route.

He hit the gate post in the junction, damaging his powersteering.

The stewards decision stated: "On SS11 car number five did not follow the itinerary as shown in the road book, day two page 33 box 14.

"At that right hand corner, the road was divided in two lanes and the crew took the right lane instead of the left lane across the cattle grid as indicated in the road book."

That contravened Article 14.2 of the 2019 FIA WRC sporting regulations. The decision was a 10-second penalty. 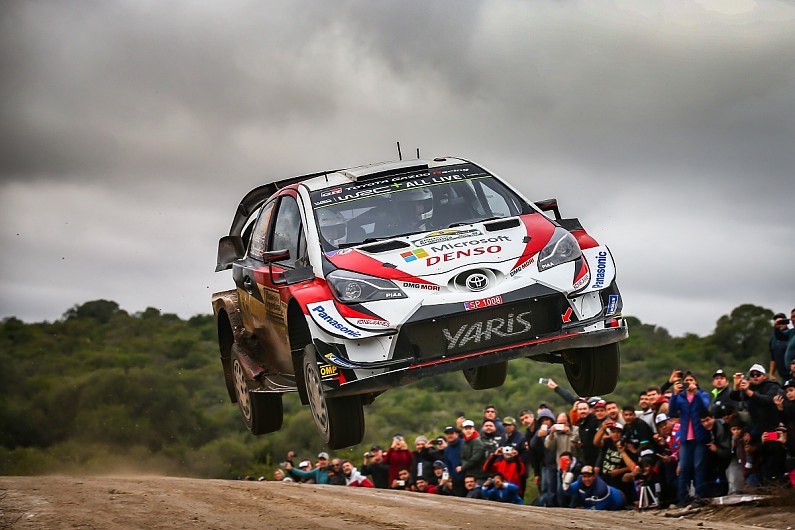 The stewards' decision further noted in reasoning: "The driver stated that he was just following the road. He added that he had a slow puncture and braking problems and that he was caught by the situation and "already through before he knew".

"He also informed that this diagram was not used in previous years when the same itinerary was used.

"Mr Lindstrom added that any difference at this place as compared to last year was also not indicated in Rally Guide 2.

"The team furthermore claimed that the diagram is confusing in that the right lane is not shown as a separate path.

"The driver confirmed that their notes taken during reconnaissance were recorded to take the left lane which can also be clearly heard in the video footage as announced of the co-driver.

"He confirmed that it was not an intentional act to gain an advantage.

Thierry Neuville leads the event into the final day for Hyundai, the current points' leader 45.7s ahead of team-mate Andreas Mikkelsen who returns to the team after being dropped for Corsica last time out.

Just over 30 miles of stages remain on Sunday.