Ex-Hyundai driver Jari Huttunen's Rally Sweden drive has landed him firmly back in the running for a World Rally Championship factory seat.

The Skoda Fabia R5 driver's efforts were one of the talking points of last month's Torsby-based event.

The 25-year-old went off the road while fighting for the lead with WRC 2 winner Ole Christian Veiby's Volkswagen Polo GTI R5.

Prior to that penultimate stage crash, Huttunen had set fastest time in WRC 2 on nine of the 17 stages he completed and was only out of the top three times when he dropped 40 seconds with a puncture on the opening day's Rojden test.

Disappointed at missing out on the class win, Huttunen said he was pleased with the response to his efforts.

"The phone has started to ring again," he said.

"I am talking with people and with teams about possibilities with works teams."

Huttunen, who scored a WRC 2 debut class win on the 2017 Rally Finland, drove for Hyundai Motorsport last season after winning a prize deal with the German-based squad. 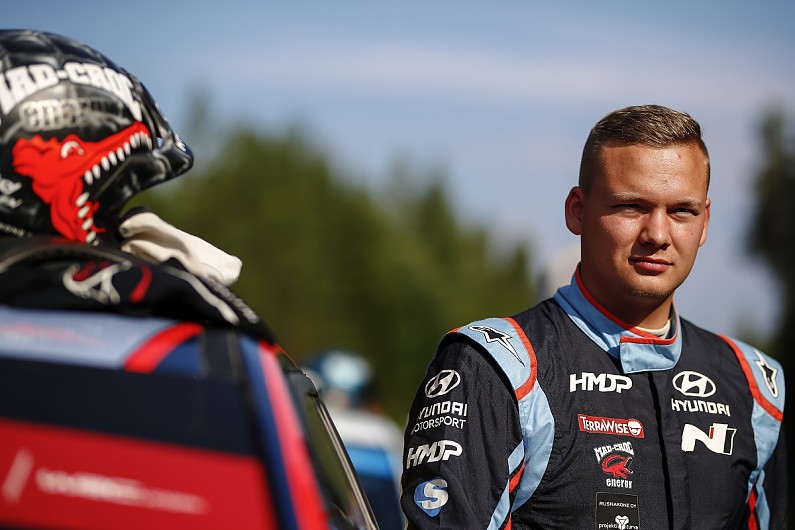 But the Korean firm's decision to focus its efforts on the main WRC programme has cost Huttunen.

He is still completing some shakedown and testing duties with Hyundai, but he's keen to return to a works programme.

He added: "I am taking a lot of positive experience from Hyundai, but I want to be back in the seat and competing now.

"Sweden showed some of my potential speed, but I know there is more to come.

"It was difficult competing in that rally when I knew all the time that this was just a one-off entry.

"To do the times we did under that pressure, I was happy. And it's good to see this was recognised by the other teams."