Rally Sweden looks set to ignore the advice of the FIA and World Rally Championship drivers and continue to run its historic category between first and second runnings of stages.

The WRC drivers have long complained that the different lines the historic cars take, and their narrower tracks, make the road conditions on the snowy stages much worse than when they are reused for the second pass of the main event.

Following exhortations from the leading WRC drivers last year, FIA safety delegate Michele Mouton recommended a rethink for the 2019 Sweden itinerary but was not heeded.

Rally Sweden CEO Glen Olsson was adamant there would not be any change for 2020 either.

"If we take away the historics, the WRC cars are still behind the Juniors and they don't take the same tracks," he argued.

"If the historics were going to damage the road or if there was a safety issue then we'd take them away.

"We've had rough conditions, but I don't think it's been unfair [for the WRC field] or a game-changer.

"We lowered the number of historics from 63 last year to 50 this year. This was the first step.

"We have to look at this, but there are logistical issues behind this - not least with keeping the spectators entertained between the two loops.

"I don't feel any pressure from the FIA. I spoke to Michele and they were all happy."

Rally winner Ott Tanak reiterated the call for the historics to be moved to after the WRC field had been through twice, even if it meant them running in the dark. 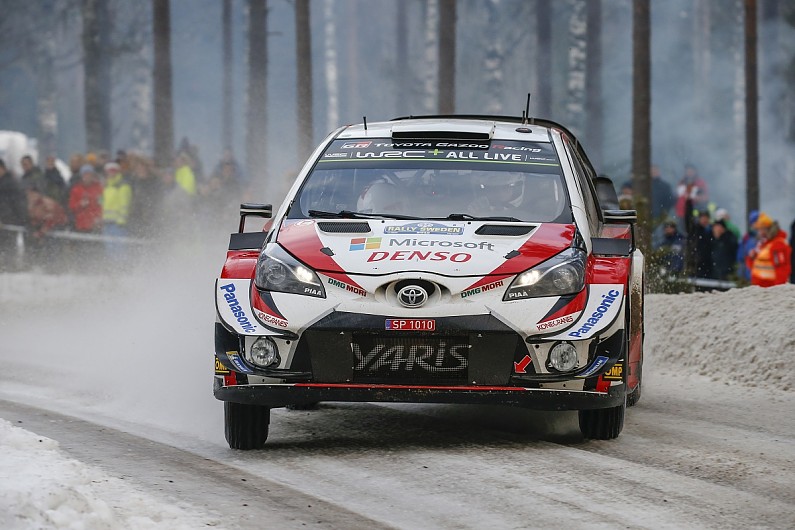 "If it would run after the second loop there would be no issue for us," Tanak told Autosport.

"I don't understand why they don't do this. When you look back in the history, everything happened in the night!

"It hurts the road and the competition and everything."

"It makes the road really difficult," he said. "It's not good, it's so hard to hold the rear of the car in the line when the conditions are like this after the historics.

"I love these cars, but we have to do something."

The mild conditions last weekend also put new pressure on Rally Sweden over its lack of snow and ice.

All the WRC stages ran despite fears some might have to be cancelled due to stage conditions, but the historic itinerary was revised.

WRC Promoter chief Oliver Ciesla said the weather was within an acceptable parameter for the series' sole snow rally.

"Let's say as long as it stays within a certain bandwidth, we are happy to stay here," said Ciesla.

"We were not at all near the limits of that bandwidth.

"We want a winter rally, we want to drive on studs on ice and we need to make sure that happens.

"If the climate forces us to look into alternatives, we will do that. But that's not this year."