Hyundai has dropped Andreas Mikkelsen from its Tour of Corsica World Rally Championship line-up, leaving him on the sidelines in favour of Thierry Neuville, Sebastien Loeb and Dani Sordo

Mikkelsen had expected, and some sources have reported he was contracted, to contest all 14 rounds of this year's WRC season.

Autosport was assured at the end of last season that both Neuville and Mikkelsen would spearhead the manufacturer's assault this year, but the signing of nine-time champion Loeb has complicated the split of events for the third i20 Coupe WRC.

Sordo and Loeb both favour events like Corsica and Germany, on which they have their strongest records. Loeb has won four times on the French island.

Sordo's share with Hayden Paddon last season was more straightforward, as the New Zealander had a preference for more gravel rallies.

A Hyundai statement on Tuesday confirmed the team had changed its plan.

The statement read: "In a change to its original plans for the season, the team will call on its tarmac specialist crews in a bid to strengthen its chances in the tight, twisty and technical rally.

"The decision to adjust driver line-up is intended to help the team fight consistently at each round with multiple opportunities to score podium results."

Having struggled to get the best of out the Hyundai last season, Mikkelsen crashed while fighting for a podium on the season-opening Monte Carlo Rally but finished a strong fourth on Rally Sweden on Sunday.

Mikkelsen, who had finished on the Corsica podium before, will be back in action at the third round of the season in Mexico alongside Neuville and Sordo. 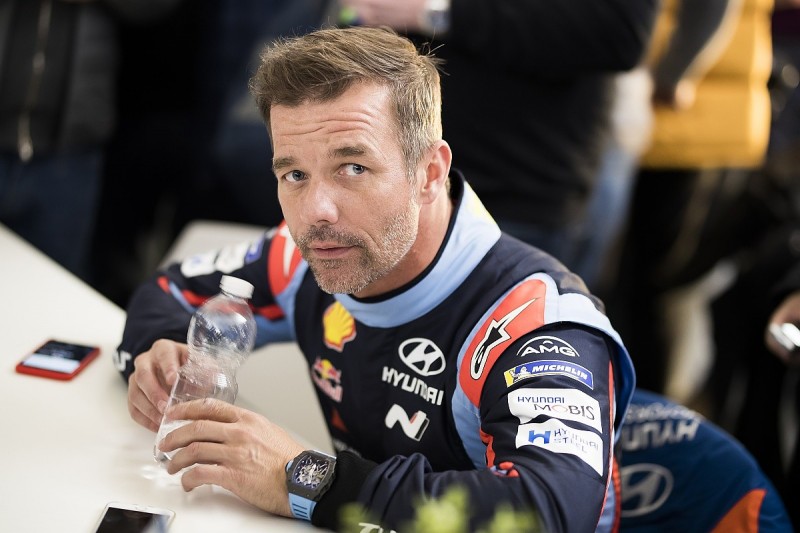 Sebastien Loeb's return to a busier WRC programme was always going to be a double-edged sword for Dani Sordo.

The Spaniard and his former Citroen team-mate have always got on well, but Sordo knew his selection of rallies would be compromised by the Frenchman's arrival in 2019.

And it started early, with Monte Carlo. Sordo would be the first to admit a full snow run through the French Alps wouldn't be his cup of tea, but the dryish event we had last month would have offered Sordo another solid points-scoring platform.

The obvious way of dealing with this was to bench Mikkelsen and deploy what would be one of the strongest teams for an asphalt WRC round in recent history.

That, we were told, wasn't an option: Mikkelsen's deal was binding.

Clearly, something has changed.

And that's the Hyundai management; new team principal Andrea Adamo has set his stall out early, with the Italian looking to have grasped the nettle and done what's best for his team.

Presumably, we'll see a repeat of this line-up in Germany as well.

The big question remains around the rally before that one: Finland. Neither Loeb or Sordo is keen on the Jyvaskyla-based event, which is why it was the single event offered to Paddon for this season.

Paddon declined a one-round programme for this season.