Toyota's Japanese protege Takamoto Katsuta will contest the majority of the 2019 World Rally Championship season and make his competitive debut in a Yaris WRC next year.

The 25-year-old's career is supported by Toyota Gazoo's Racing Rally Challenge Programme as part of the Japanese carmaker's efforts to produce its first homegrown world rally winner in 26 years.

Katsuta will drive a Ford Fiesta R5 in the first 13 of 14 WRC rounds, ensuring he will be in the running for the WRC2 title.

Rally Sweden, scene of Katsuta's maiden WRC2 win last season, will be his first point-scoring round for 2019.

His two Yaris outings will come on a brace of Finnish Championship rounds, the SM Itaralli (a snow event in March) and SM Riihimaki Rally (on gravel in May).

Katsuta could well be seen in a Yaris at a Japanese WRC candidate event at the end of the season as well.

Briton Dan Barritt will return to the Toyota project to co-drive Katsuta. The pair last worked together in 2016.

Katsuta said: "The Rally Challenge Programme has been strengthened, and so an even more rigorous world awaits me.

"However, I am determined to push myself to the limits, and I am confident that I will be able to grow significantly. 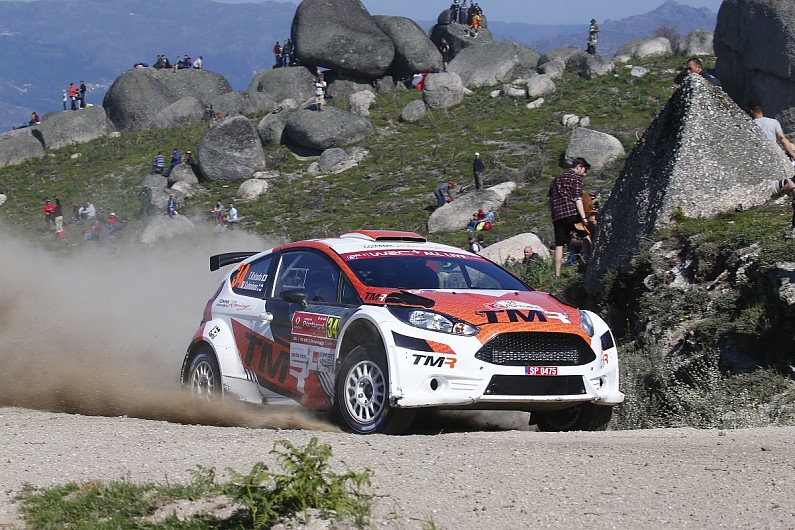 "Next season will help me prepare for the future and I will do my utmost to ensure that I compete in every rally to the best of my ability and use each event as a stepping stone to the next.

"Daniel has decided to take on the challenge of once again rallying alongside me, and I am excited to show him how much I have improved over the last two years."

Programme supervisor and Toyota WRC team boss Tommi Makinen added: "Katsuta's development has been very impressive during the three-and-a-half year period that he has been with us.

"Now we are moving on to the next level with an extensive programme in WRC2 as well as by taking the opportunity to get used to the WRC car in two Finnish Rally Championship events.

"The targets for coming season are for Katsuta to understand the importance of consistency and balanced work in long WRC events, build confidence, learn to deal with the pressure, and step up to the level of a WRC professional."

Kenjiro Shinozuka was the last Japanese driver to win a WRC round, when he took back-to-back wins at the Ivory Coast Rally in 1991/92.

Like Katsuta, the then Mitsubishi driver employed the services of an Englishman alongside him - with John Meadows co-driving him to both victories.