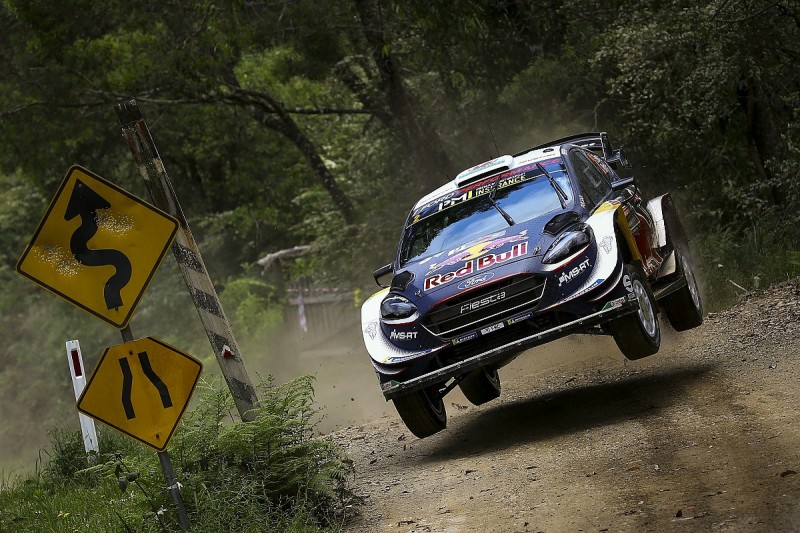 Elfyn Evans and Teemu Suninen will stay on at the team for the full 14-round calendar, with 2017 WRC2 champion Pontus Tidemand alongside them for the opening rounds in Monte Carlo and Sweden.

The third car's status is undecided from Rally Mexico onwards.

M-Sport had been on the verge of ending its 22-year unbroken run of WRC participation because it was unable to find the funding for 2019.

That was despite it taking Sebastien Ogier to the last two drivers' titles and winning last year's manufacturers' crown.

Team principal Malcolm Wilson said: "It has been a rollercoaster for the last few weeks - from the elation of winning the title with Seb and Julien [Ingrassia] and their emotional farewells with staff, we have been working night and day to put together the pieces of the jigsaw that go to make a WRC team for 2019.

"It is true that we don't have 100% of the details in place as we speak, but a huge amount of development work has been going on with the car in the last months - working with our team partners in Europe and the US on engine, suspension and aerodynamics.

"Every element has been reviewed and updated and I felt we had to make a commitment to see all this hard work by all of the extended team out on the stages next year.

"We are going to rely on the support of the whole WRC community to piece together the missing pieces, but we are confident we have the tools to do a good job and so we are making the decision now to push forward and work through the challenges as they arrive."

Wilson praised Ford's efforts in keeping the team on the road and said its collaboration would go beyond the Fiesta WRC.

"The continued collaboration into our 23rd season with Ford has been pivotal in pushing us forward at this point," he explained.

"Together we are working on overhauling the entire ladder of opportunity in the next year, starting with the recently launched Fiesta R2.

"We have always said that WRC is our shop window - the development work we do at the highest level filters down to improve the vehicles at each step."

M-Sport also announced that it will promote Richard Millener to a team principal role, "allowing Malcolm Wilson to devote more time to the commercial side of M-Sport as a business".

Evans, who starts his sixth season with M-Sport, will be joined by Craig Breen's former co-driver Scott Martin next season. 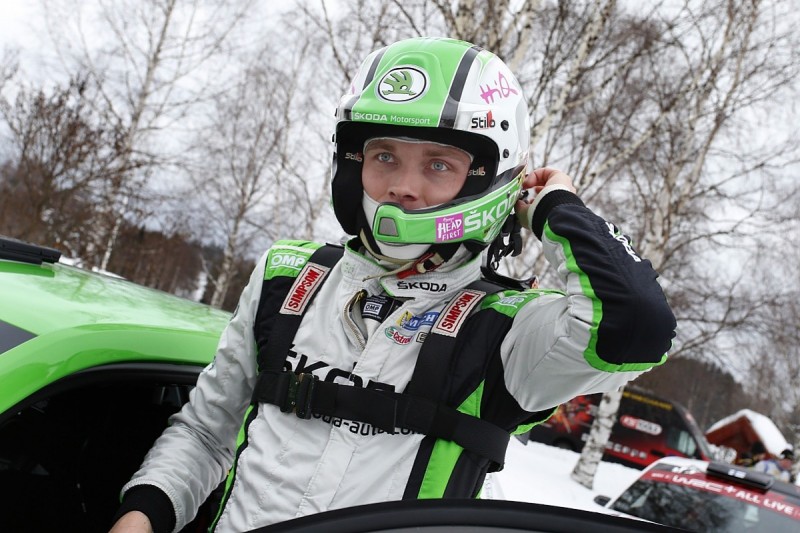 With Suninen already under contract to M-Sport, Tidemand is the surprise element of the team's package for the first two rounds.

Having turned down a Skoda deal and parted company with his management team, the Swede's future looked unclear until Friday morning.

Tidemand is no stranger to M-Sport having won the 2013 Junior WRC title in a Fiesta R2. Earlier that year the then-22-year-old made a stunning World Rally Car debut and ran as high as fourth before the private Fiesta RS WRC he was driving developed an engine fault.

"We have found a great solution and I'm so grateful that Malcolm offers me this opportunity," said Tidemand.

"In Monte Carlo, focus will be on the experience, to get a feel for the car and get to know the team before Rally Sweden, where I really want to be as well prepared as possible and be able to fight for real.

"M-Sport are professional all the way and I know they will hand me all the tools I need to be able to perform my best."