Tanak pulled off during the second of four stages in the afternoon loop with suspected radiator failure, turning a close battle for second into one for the lead of the rally.

Ogier inherited the position but, on the 19-kilometre Dyfi test that followed, Tanak's team-mate Jari-Matti Latvala immediately cut the M-Sport driver's lead from 5.5 seconds to 2.9s.

However, in the shorter Gartheiniog stage to end the day, two-time GB winner Latvala stalled in a downhill hairpin as he took second gear instead of first.

"It's not over yet, that's one mistake and one set back but tomorrow is another day," said Latvala of his stall.

As a result, Ogier's lead rose to 4.4s with just Sunday's five stages remaining and 13.5s separating the top four.

With Tanak out and points leader Thierry Neuville languishing in eighth after a trip into a ditch on SS11, Ogier would close to within two points of the championship lead as things stand, with an additional five points also on offer for the power stage on Sunday. 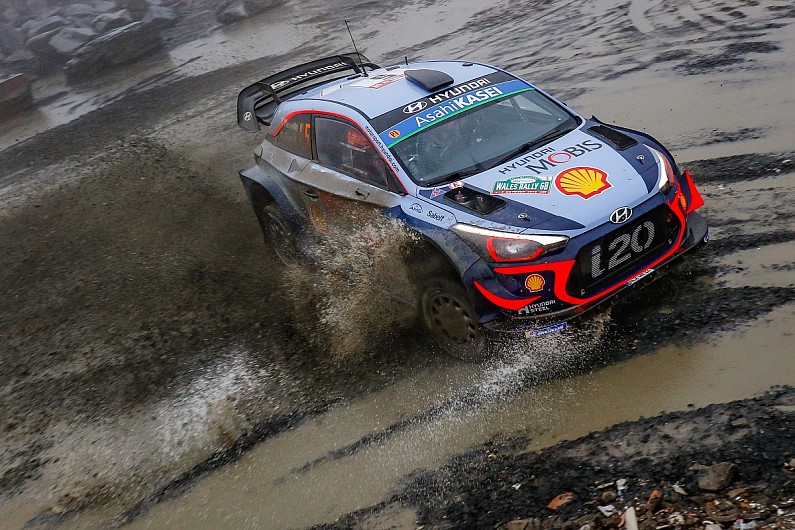 Esapekka Lappi claimed during the loop that he was struggling to match Ogier's pace, but holds third overnight, just 1.7s ahead of the highest-placed Citroen of Craig Breen and 7.4s behind Latvala in second.

Breen, on his closest event to his hometown of Waterford, Ireland, went second quickest on the last stage of the day to momentarily quash Andreas Mikkelsen's momentum as he attempted to charge through the order.

Mikkelsen struggled for pace on Friday but has found a new lease of form, setting two fastest times of the four on offer on Saturday afternoon in his Hyundai.

It was enough for Mikkelsen to leap team-mate Hayden Paddon in the order for sixth, but not quite enough to overcome Mads Ostberg's Citroen, which holds fifth behind Breen after another consistent afternoon on an event he enjoys.

Paddon lies 8.9s behind Mikkelsen and is still in touch, with Neuville a further further 10.1s behind having run second to Tanak before his Saturday morning mishap.

Kalle Rovanpera continued his crushing dominance of the WRC2 field. Despite carrying a second spare wheel for safety on Friday - with most of his rivals taking one spare - he built a lead of a minute, which he sustained through Saturday to end the day 1m03.1s ahead of reigning series champion Pontus Tidemand.