Hyundai is set to keep an unchanged driver line-up for the 2017 World Rally Championship, with a new deal for Thierry Neuville expected to be announced soon.

Hayden Paddon has an existing contract for next year and Dani Sordo confirmed he would remain in an i20 WRC in 2017 shortly after Rally Germany in August.

Neuville had previously been linked with a return to Citroen but Hyundai team principal Michel Nandan now looks set to get his wish and retain his current lead drivers.

Though Hyundai remained tight-lipped about Neuville's future, Autosport understands a deal is done and will be announced before the next WRC round in Spain in a fortnight.

Neuville said: "A decision will be soon, probably before Spain. That's the plan.

"There have been so many different options, but in the end you have to chose one. I know what I want." 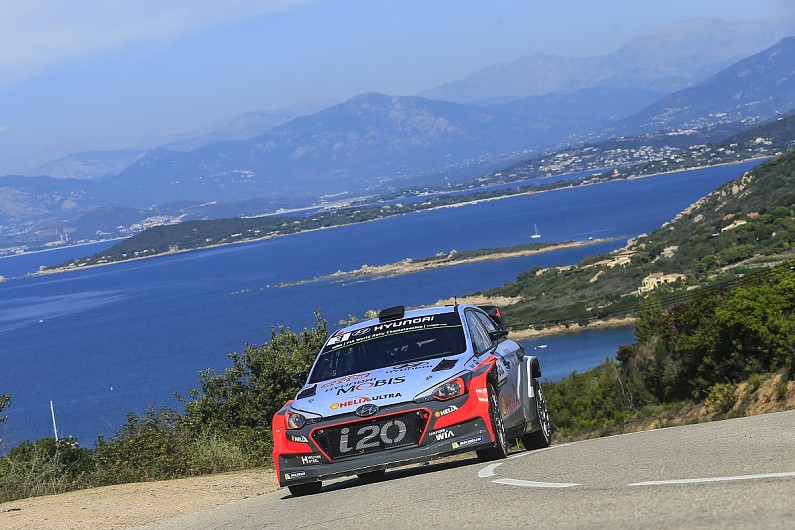 Nandan had previously told Autosport: "It would be good to keep the drivers we have, we know how well we can work with them."

Neuville moved up to third in the championship, supplanting Paddon as Hyundai's lead contender, with his second place behind Sebastien Ogier in Corsica last weekend.

Keeping its three lead drivers was important to Hyundai in the wake of the World Motor Sport Council's confirmation that three drivers per team will be eligible to score manufacturer points next season rather than the present two.