Volkswagen's Sebastien Ogier won the Tour of Corsica, taking another step towards his fourth World Rally Championship title in the process

The Frenchman's hard work was done on the first day of the event, as extending his lead over Citroen's Kris Meeke to 15 seconds he looked in control.

On the second stage of Friday afternoon Meeke suffered a puncture and fell out of contention giving Ogier a half a minute lead, which he built on.

A repeat mistake led to Meeke hitting a tree and retiring early on the second day. He did return to win the powerstage on Sunday.

Thierry Neuville took up second from Meeke on Friday, but the Hyundai man had to face an intense attack from Ogier's team-mate Andreas Mikkelsen.

The Norwegian got within 5.4s at the end of Saturday's morning loop, but rapid times in the afternoon meant Neuville entered the final day with a gap of 21.5s.

Despite consolidating his cushion over Mikkelsen, the Belgian could only erode Ogier's lead slightly.

Jari-Matti Latvala took fourth after struggling with set-up and brakes all weekend, despite winning the event last year. The Finn held off another impressive performance from Citroen's Craig Breen. 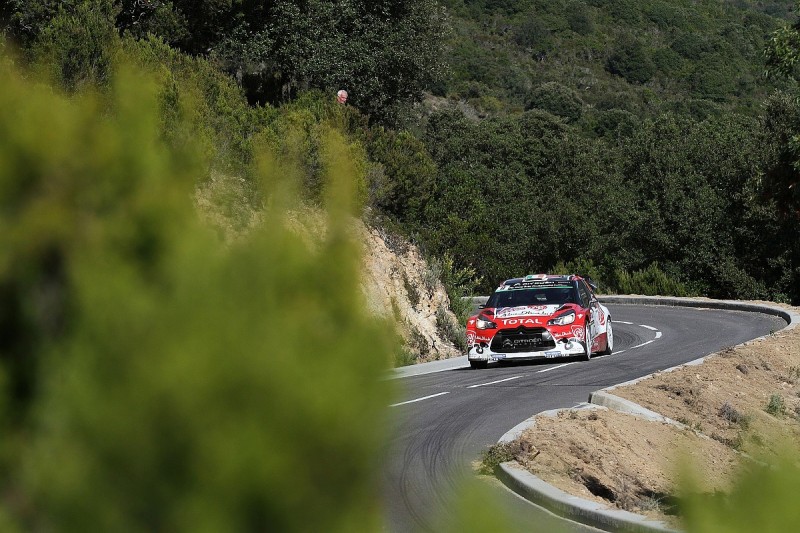 The Irishman proved rapid in his first event on asphalt in the Citroen DS 3 WRC. Catching a rain shower on Saturday afternoon ended any hopes of catching Latvala but it was another assured performance from the Waterford man in fifth.

Camilli was tasked with bringing the car home and showed good pace on his first visit to the island in a WRC car. Ostberg continued to struggle in the Fiesta; a new driving style on asphalt didn't yield the improvement expected of the Norwegian.

Tanak struggled, overheating the DMACK tyres through Friday and Saturday. However, as rain hit mid-way through Saturday, the cooler temperatures brought an improvement in stage times.

Elfyn Evans proved to be the class of the WRC2 field, seeing off only a modest charge from Skoda's Jan Kopecky as the Welshman proved dominant on the event he finished second overall on last year.

He beat the Czech by 33.3s and only finished 11th, just over half a minute down on Tanak's WRC-spec Fiesta.