Welcome to the start of the 2021 World Rally Championship... we hope. Last year the WRC came through the eye of the storm in the global coronavirus pandemic to deliver a fiercely competitive season that lifted the spirits of beleaguered fans around the world.

Barely six weeks after Sebastien Ogier claimed his seventh drivers' title, the WRC is ready to do it all again, including the uncertainty - although this week's season opening in Monte Carlo Rally now looks set to go ahead as planned. What we do know about 2021 is that this will be the last year of running the hugely popular and astonishingly fast RC1 class of cars in the top category, before they give way to the delayed hybrid era in 2022.

The majority of the team and driver line-ups across the works teams of Toyota and Hyundai plus the privateer M-Sport Ford squad have also remained stable during the short weeks since Rally Monza last December. After that it's anyone's guess, so to help navigate the shifting sands of what we can expect in the months ahead, Autosport called in an expert.

Toyota's British star Elfyn Evans carried the hopes of the nation throughout the majority of 2020 at the front of the drivers' title race. Despite losing out in the cruellest fashion to his team-mate on the penultimate day of the season, Evans won a richly deserved Autosport Award as Rally Driver of the Year. He also took time out to share his thoughts on the key issues that confront the WRC, not least whether or not the 2021 season will indeed start this week...

"I have no idea really," he says with admirable candour. "We're obviously preparing as normal. As we understand it's going ahead so we're not thinking about anything other than that for now, but obviously there are no guarantees! 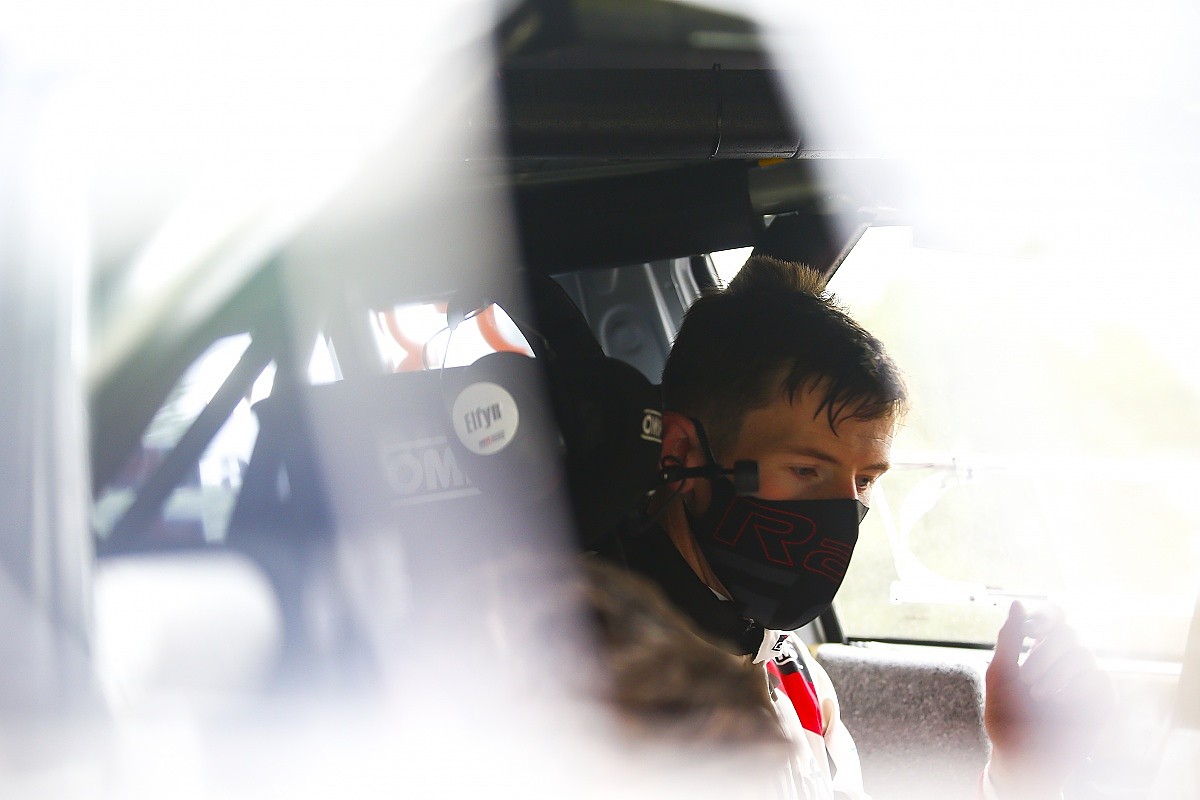 "It's going to be early starts but quite short days this year, obviously with the curfew restrictions. We'll be starting each loop each morning in the dark, so that will be interesting. It's never easy to read the road in those conditions."

The rest of the season schedule is also likely to change shape from that published weeks ago. Indeed, it already has. Only last week, Rally Sweden was replaced by a trip to Lapland for the Arctic Rally on 26-28 February. The host town of Rovaniemi, celebrated as the home of Santa Claus, will allow the WRC to compete within the Arctic Circle for the first time, in temperatures as low as -30C.

"We saw how blisteringly fast [Rovanpera] was on certain events and certain stages, so he's only going to get better because he has youth on his side and not so much experience" Elfyn Evans

Many will be experiencing this event for the first time, but in 2020 the Arctic Rally provided an opportunity for Toyota's young star, Kalle Rovanpera, to gain experience. He duly dominated.

The pace and composure that 20-year-old Rovanpera showed throughout his rookie season in 2020 impressed many. Team-mate Evans declares he was 'blown away' by the young Finn's abilities.

"Kalle is very young but probably way ahead of his age in terms of speed and even his understanding with the car as well, so the three of us are working quite well together," he says. "Of course, he's going to be very fast again this year; we saw how blisteringly fast he was on certain events and certain stages, so he's only going to get better because he has youth on his side and not so much experience."

The Arctic Rally provisionally joins Rally Croatia and Belgium Rally Ypres as all-new events in 2021, plus the delayed return of the Safari Rally in June and Rally Japan to provisionally end the season in November. This sort of unpredictability worked well for Evans's own campaign in 2020, but he will not be drawn on whether he can use the calendar to his advantage again in the season ahead.

"When the situation is like we had in Estonia last year, of course it didn't go in our favour to have an extra gravel rally thrown in," says the 32-year-old. "Myself and Seb were running 1-2 on the road and perhaps the Hyundai guys knew [the event] a little bit better. 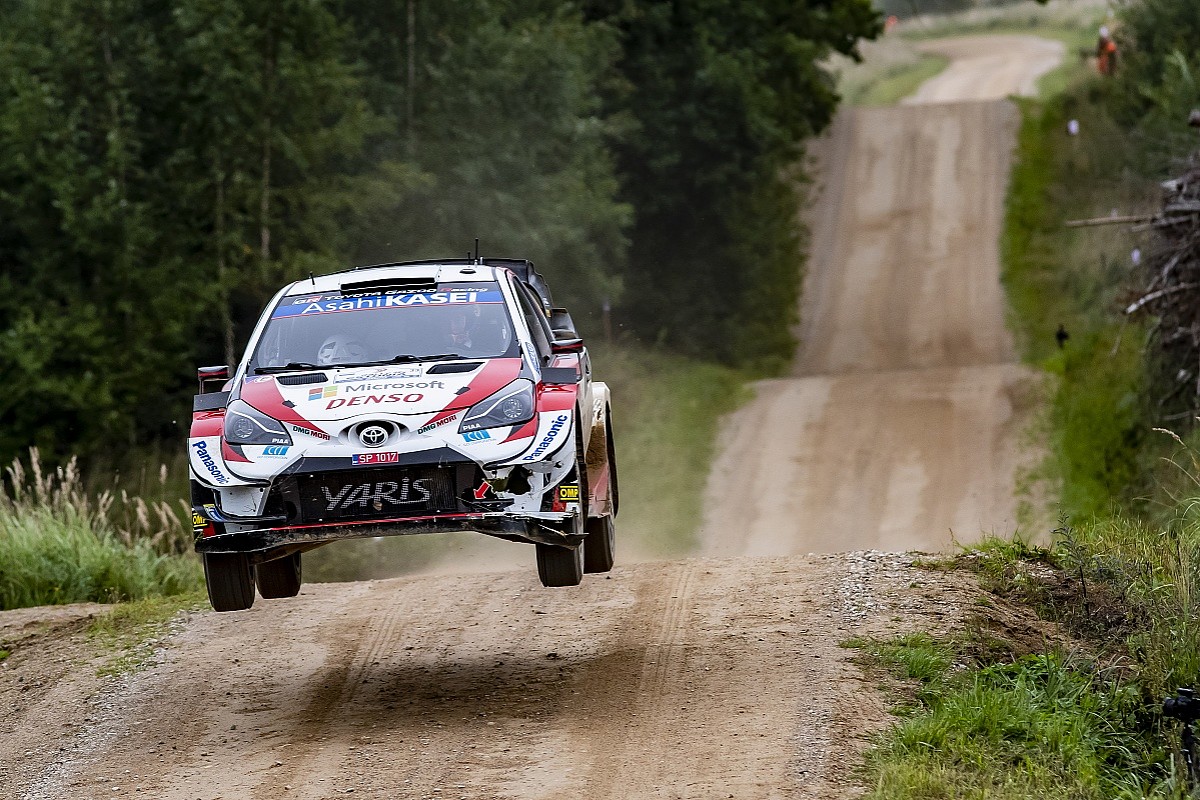 "We were happy to be doing rallies at that point in the season when we'd been sat at home for the best part of four months or whatever it was, you know? It's probably going to be a similar situation in the first half of 2021 at least, the way things are looking at the moment."

A major landmark in the second half of the season has already fallen by the wayside following the news that Rally GB will be absent in what should have been its 89th anniversary year. Coronavirus is being held responsible, at least officially, but a lack of political will to maintain the event has been evident.

Evans is sore about missing out on one last chance to compete in front of his home fans - on an event he won in 2017 - last year before the rally's planned move to Northern Ireland hit the skids. Back then, the local hero was driving for M-Sport, with a Ford featuring unique DMACK tyres designed purely for the Welsh forests. The opportunity to come back and win again on the same rubber as the rest of the field was a major goal.

"It's a massive disappointment as I felt a little like I still had a bit of unfinished business with the rally," he says. "Unfortunately it's not looking likely for at least the next few years."

Tyres will nevertheless remain a talking point through much of the season with the arrival of Pirelli as the sole supplier to the WRC, replacing Michelin. The Italian firm has long years of rally experience behind it, not to mention all those titles won with Lancia and Subaru, but in a pitched battle such as the WRC, tyres are likely to be the deciding factor at many events.

"The snow tyre works a bit different to the Michelin," confirms Evans. "With the Michelin we seemed to have good grip on the ice and snow; with the Pirelli it's a bit less perhaps, but then you end up with more performance on the cleaner Tarmac, and normally with studs in they should be a bit better as well."

It's likely that Evans's experience of developing tyres gained in his apprenticeship years at M-Sport will pay dividends in 2021, and he certainly has sympathy for any supplier in the role.

"The challenge that all the manufacturers have is that we generally only have two tyres and they have to, within that window, deal with slimy zero degrees in Wales all the way up to 40 degrees and the rocks of Turkey," he says. 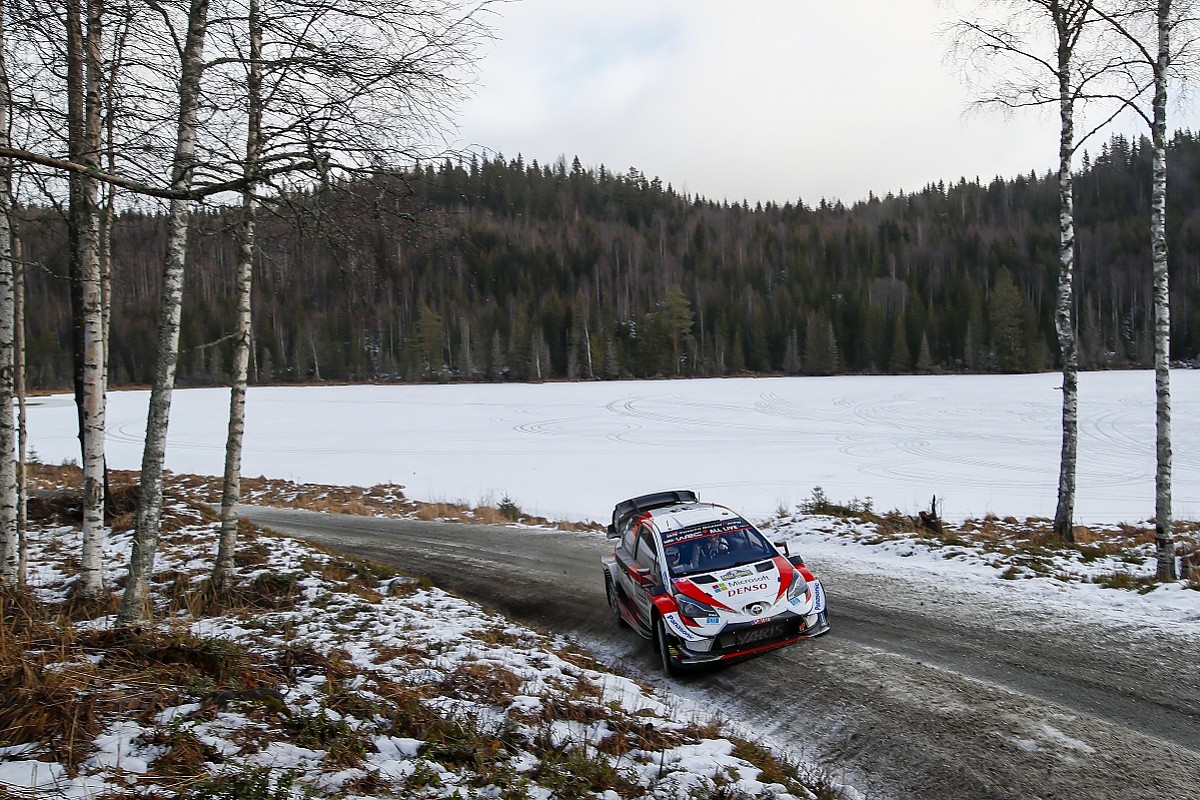 In 2020, M-Sport often made brave tyre calls that hoisted its drivers up the order, but Toyota appeared to have a consistent approach that paid dividends on the second loop of each day. Part of this success, Evans explains, was in the team being quick to acclimatise to unfamiliar conditions.

"Somewhere like Sardinia, we were running the first pass in the middle of the afternoon and it wasn't something that we'd had to deal with before, that level of temperature and also with that level of looseness," he explains. "Normally, when you see sort of the high ground temperatures, the road is also clean because it's in the afternoon. It's obviously a key decision and the guys seem to be doing a good job in supporting us in that."

"[Ogier] is not the type of guy to come back for any sort of farewell tour. He's always difficult to beat, he's always very fast, so we have our work cut out that's for sure" Elfyn Evans

Outright wins and both the drivers' and manufacturers' titles in 2021 would appear to be a straight fight between the Toyota and Hyundai squads, with Evans and Rovanpera being rejoined for one last season by defending champion Ogier.

After being paired with Ogier at M-Sport for two years, and enjoying a sporting battle with him for the drivers' title in 2020, Evans is delighted that he has another chance to take on one of the greatest in the sport's history.

"He's not the type of guy to come back for any sort of farewell tour," laughs Evans. "He's always difficult to beat, he's always very fast, so we have our work cut out that's for sure, but that's our target for the year."

Hyundai finished 2020 as the manufacturers' champion, and will see its two full-time cars driven by Thierry Neuville and Ott Tanak once again. One thing that Evans particularly enjoys about their battle is that it remains good-humoured between the teams, no matter its undoubted intensity.

"I think it helps probably that we're fighting the watch essentially, not fighting each other," he says. "Generally there's a nice atmosphere between everybody - not too much winding up at least!"

In what is likely to be another trying year for motorsport fans around the world, the WRC has a logistical mountain to climb. But as in 2020, it is going to deliver extraordinary competition to savour...

Bring on the Monte. 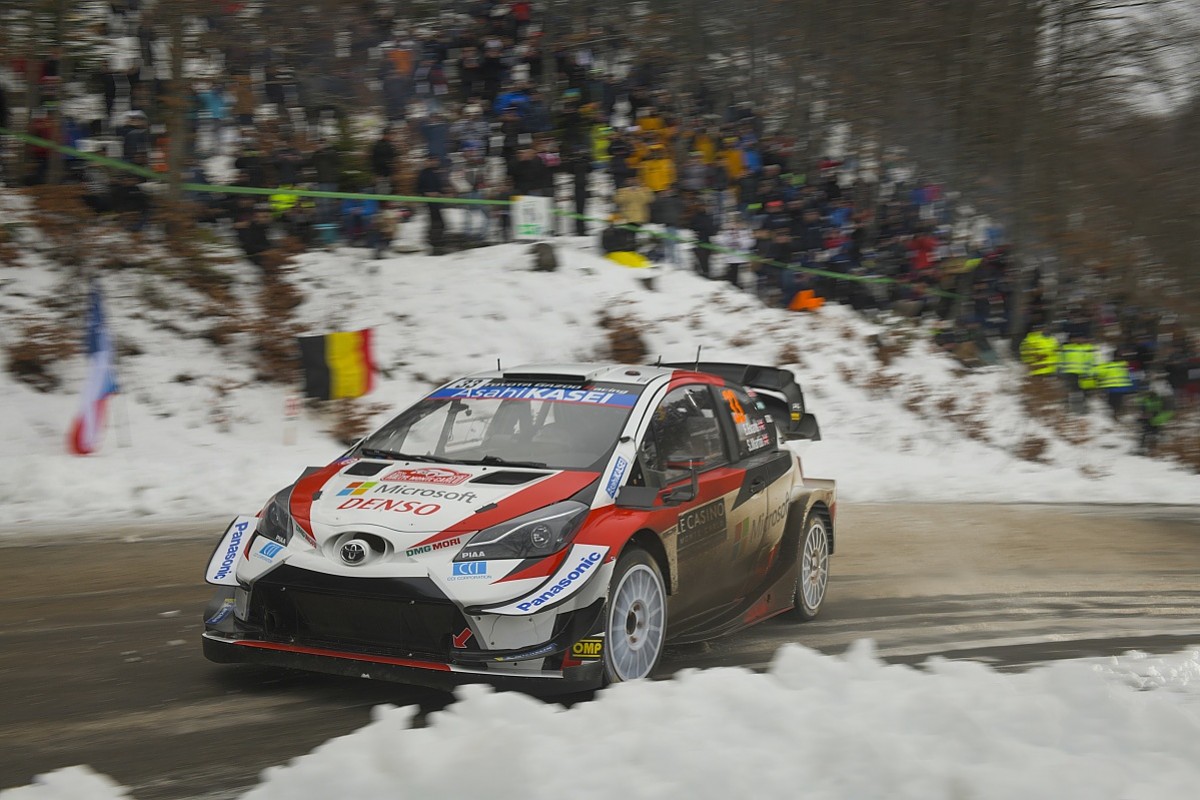