Plans to switch the World Rallycross Championship to electric cars for 2020, first revealed by Autosport last August, have been approved by the FIA World Motor Sport Council

The series will maintain the existing sporting format and a similar number of events each year, with both manufacturers and privateers eligible to take part.

The WMSC has announced that privateer entrants will be able to homologate their own cars, using the same common battery and chassis that every constructor in the series will use, but instead of using an existing road car body, will design their own bodywork from a "generic car model" provided by the FIA.

Invitations to tender for the single-supply of the common chassis and battery were issued in February.

Williams has been designated as the single battery supplier, while ORECA has won the tender to supply the carbon monocoque chassis. 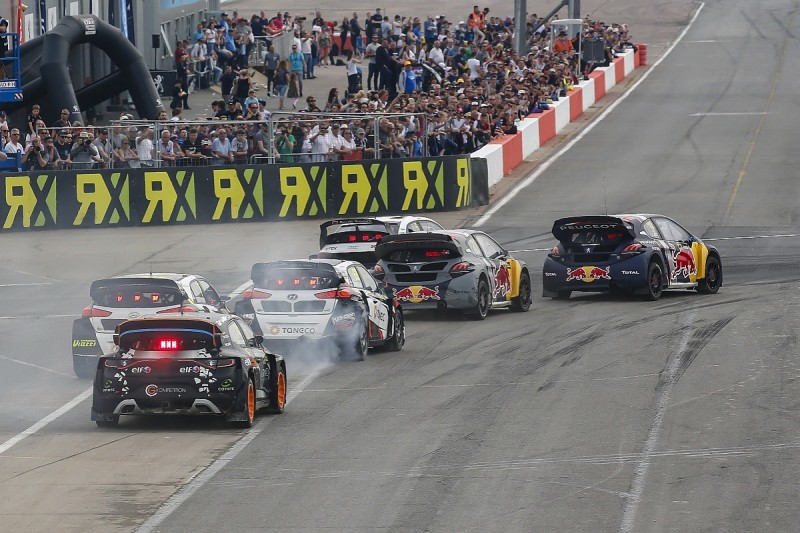 Manufacturers and privateers will install their own powertrain into the single-make four-wheel drive chassis, based on regulations that an FIA statement said will be "derived from those applicable for Formula E cars, with some restrictions aimed at controlling costs and development". Cars will use a pair of motors, one on each axle, producing 500kW.

The series will be restricted to two-car teams, eligible to compete for two world championship titles, for drivers and manufacturers.

The WMSC statement hinted at a team structure similar to the DTM, where a manufacturer runs multiple cars through separate two-car outfits, as it stipulated the "four best results among cars from each manufacturer per event to count towards the manufacturers' championship classification".

Privateer entries taking part in the championship will be eligible for a Team Trophy.