The FIA has revealed further technical information about the World Rallycross Championship's switch to electric cars for 2020.

Autosport revealed earlier this month that the series was set to adopt electric cars after 2019.

Motorsport's governing body has now formally confirmed it will switch to electric cars in two years' time, and has released an invitation to tender for the new four-wheel drive cars' battery systems.

"The FIA's objective is to switch the FIA World Rallycross Championship to electric cars as from 2020," read the tender.

"The aim of Electric Rallycross is to allow the development of electric technologies and race for the efficiency of the traction chain of the car, to showcase that electric cars are as fun and powerful as thermal [combustion] ones.

"In order to maintain cost control with a high level of technology, the FIA is defining a battery pack that all car manufacturers will have to use in their cars which are then delivered to competitors."

The tender for a common battery system supply covers the 2020 season through to '23. 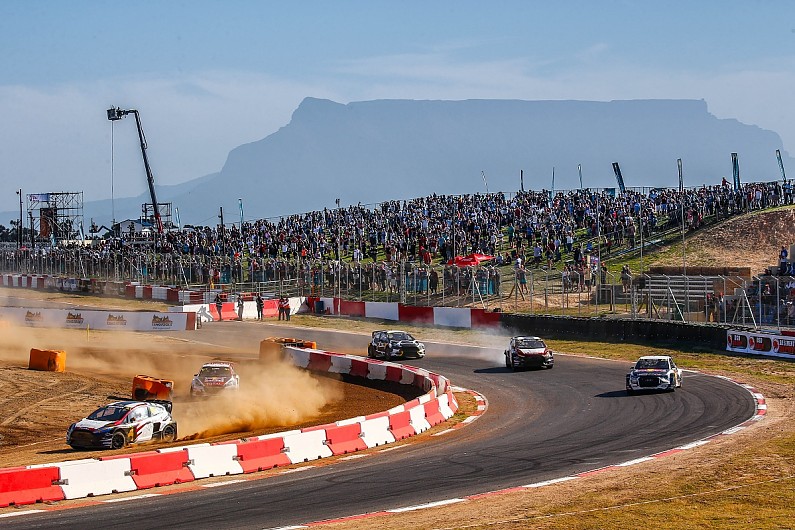 As anticipated, a further invitation to tender for a common carbon monocoque will be issued in due course.

The chosen battery and chassis suppliers will be required to work together on integrating the systems.

The new electric cars will feature a pair of 250kW motors - one per axle - which, as revealed by Autosport, will not be provided by a single-supplier.

The minimum weight will remain the same as existing cars at 1300kgs, while the maximum length will be 4000mm and width 1900mm, similar to current Supercars that are based on Group N or Group A homologated cars.

Manufacturer registration for the revamped series will open in July 2018, before up to six battery packs need to be made available to electric rallycross constructors at the start of October next year.

Cars will be homologated in February 2020 before pre-season testing for the first electric World RX season take place in March.