The new series is being launched on the World Rallycross Championship bill in Britain, commencing a four-round calendar that also includes the World RX events in Canada and the United States.

An additional standalone round will be held at Austin, the first rallycross event at the US Grand Prix Formula 1 venue, in July. 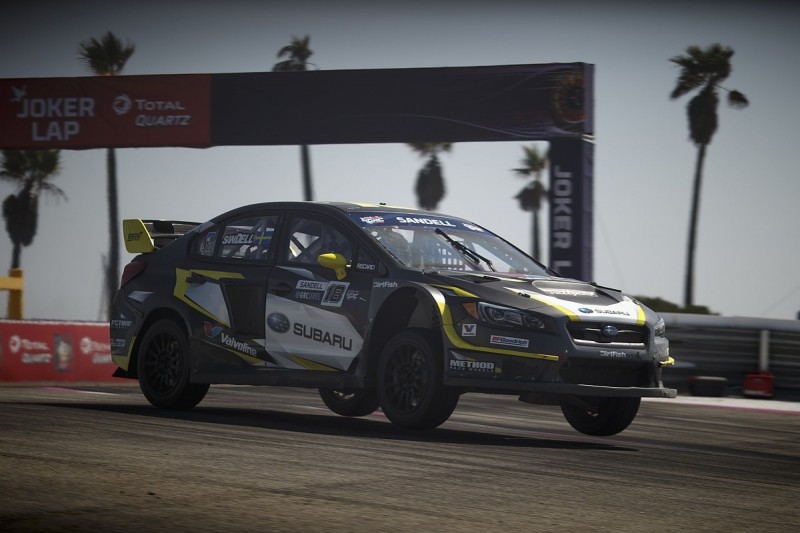 Higgins's older brother Mark is making his World RX debut in the event, driving for the Albatec Racing squad.

Albatec owner Andy Scott meanwhile will compete in the inaugural ARX event, in a Peugeot 208 Supercar.

Scott previously raced in the American-based GRC in 2012 driving a Saab 93 Supercar run under the Scott-Eklund Racing banner, in a tie-up with rallycross legend Per Eklund.

Following the close of his DTM career, Scheider raced full-time in World RX last season and finished on the podium at the Spanish round with the MJP Racing Team Austria squad.

He will revert to the team with which he made his rallycross debut in 2015, Munnich Motorsport, to join Rene Munnich in a two-car SEAT Ibiza effort for the first round of ARX.

Multiple European Rallycross Championship event winner Liam Doran, who has also achieved success in American series, notably beating Marcus Gronholm to win the X Games Rally gold medal in 2011, then driving a Prodrive-run Mini to rallycross victory at X Games Munich in '13, will compete at Silverstone in a Citroen DS3 fielded by his own LD Motorsports concern.

Frenchman Philippe Maloigne will complete the line-up for the first ARX round, while World RX podium finisher Ken Block will join the series in round two at Austin driving a Ford Focus RS RX alongside former GRC racer Steve Arpin.