When a team or engine supplier asks the governing body questions it usually either believes that a rival has already gained an advantage, or it has spotted a potential loophole and wants it to be addressed in public before anyone follows that route.

In this case Mercedes told the FIA that it was happy for any feedback to be "circulated to all power unit manufacturers".

Its HPP engine division recently wrote to the governing body asking whether oil used "in the pressure charging (turbocharger) system" has to comply with article 20 of the technical regulations, the section that covers the definition, properties and composition of oil. Article 20 also states that "no competitor may use more than one oil in a given engine during an event".

Mercedes also asked whether turbo system oil has to be considered as part of the overall 0.6-litres/100kms oil consumption limit that was introduced to stop teams using oil for power boosting purposes.

The FIA has replied with an affirmative, confirming that all oils have to comply with the requirements as set out in article 20 and that the turbo is considered part of the engine.

In essence Mercedes has pinpointed a potential loophole in the wording that could mean the turbo is considered separately from the internal combustion engine, or V6.

The original letter was sent to the FIA's Charlie Whiting by Chris Jilbert, the head of product engineering capability at Mercedes HPP in Brixworth.

In it he asked: "With the exception of transformer oils used within ERS cooling circuits, and hydraulic oils used for PU actuators (both of which should have zero consumption in operation), do all oils (and specifically, any oil used in the pressure charging [turbocharger] system) used in the power unit need to comply with article 20?" 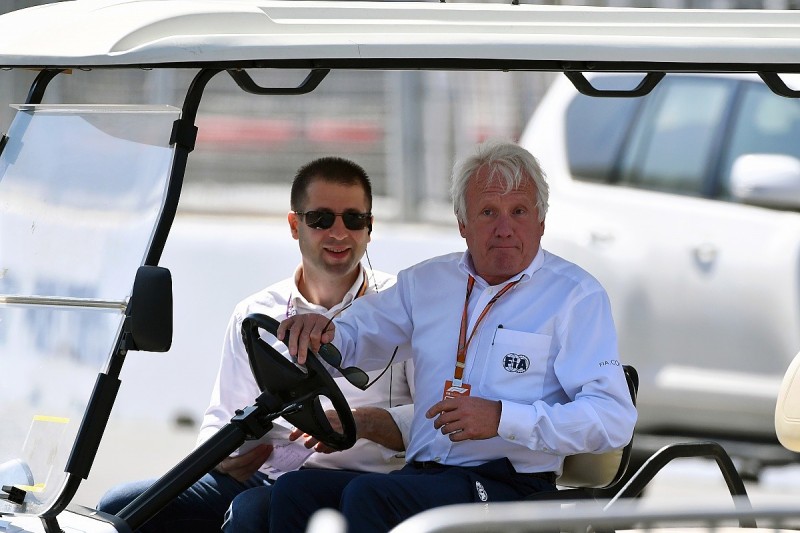 Whiting's reply was that "All oils used in the engine must comply with article 20 of the F1 technical regulations. The turbocharger is considered part of the engine."

Jilbert's second question was: "If the answer to Q1 is 'yes', does it therefore follow that the combined oil consumption of all the power unit oils must respect the 0.6lts/100km limit referenced within TD/012-17?", referring to previous technical directives about oil consumption.

Whiting replied with a "Yes".

Despite stricter limits, oil consumption has continued to be a talking point this year, while the smoke that accompanies the start-up of the Ferrari engine - and which is understood to be associated with the turbo - has attracted a lot of attention.