Driving for his self-made EKS rallycross team, Ekstrom finished fifth in the final - won by Kevin Eriksson - at the Estering circuit and is now 30 points ahead of double champion Petter Solberg in the standings.

Even if Ekstrom doesn't complete the final round of the championship in Argentina, a maximum score for Solberg would only draw the Norwegian level - but Ekstrom would still win on victories countback.

"To win this championship in the way we have done it for the last two years, building up your own team and trying to win with respect and really do something now in the sport makes me feel really, really happy," said Ekstrom.

"It's a big effort for my family, the team and all the guys. It's a very special moment." 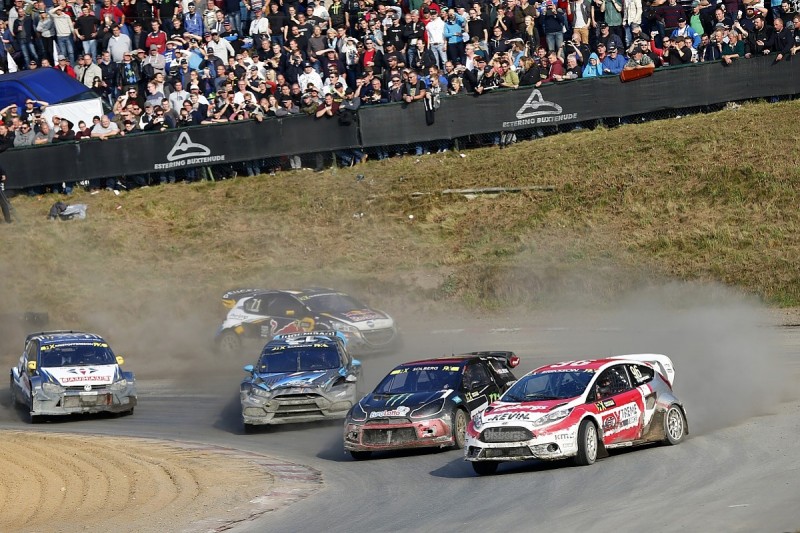 Eriksson won the event in what was his first appearance in a final this season.

He started on the second row of the grid behind title rivals Solberg and Ekstrom, but pulled off a sideways move around the outside of everyone at the first corner to take a lead he wouldn't relinquish.

His main competition thereafter came from Solberg, but he beat the 2003 World Rally champion in a race to the finish line after taking his final-lap joker.

Bakkerud did enough to finish third behind Eriksson and Solberg, but visited the medical centre immediately after the final for a precautionary check due to minor smoke inhalation.

Johan Kristoffersson entered the event with a mathematical chance of taking the championship to the final round, but a puncture on lap three while running fourth put him out of contention and allowed Solberg to climb back to second in the standings.