Niclas Gronholm put poor fortune in the opening three rounds of the World Rallycross Championship behind him to bounce back with a commanding victory at round four in Latvia.

In the first of two rounds in a double-header weekend on the outskirts of Riga, the son of double World Rally Champion Marcus Gronholm set the fastest time in Q3 at the Bikerneiki circuit, then led his semi-final throughout to secure a front row start for the final.

There the GRX-SET Hyundai driver lined up next to top qualifier Johan Kristoffersson, the Audi S1 driver setting the first fastest time in Q1 then fending off pressure from the returning Mattias Ekstrom - his EKS JC team boss competing for the rivalling Munnich Motorsport Seat squad - in the last race of Q3.

The triple champion then delivered a controlled display in semi-final one, managing the pace and absorbing pressure from points leader Timmy Hansen to take the race win and net pole for the final.

But, in the run to the first corner of the final, Kristoffersson and Gronholm had side-to-side contact that rotated Kristoffersson, who slid backwards into barrier on the outside.

Gronholm held the lead from the first turn with second-row starter Timo Scheider climbing to second - albeit only briefly as his Munnich Seat Ibiza cut out on landing from the circuit’s biggest jump, stopping the two-time DTM champion in his tracks. 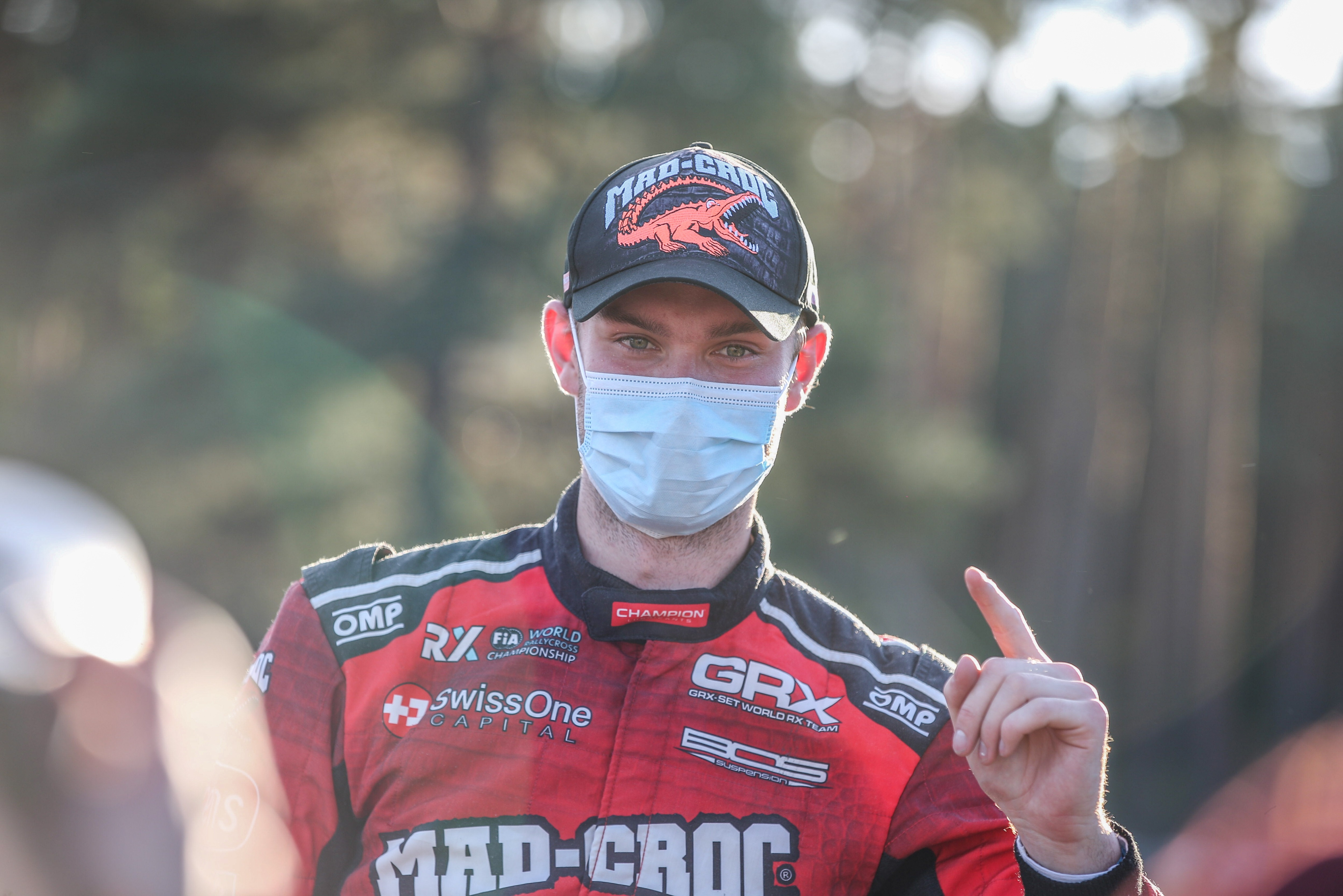 Having dropped to the back of the pack, Timmy Hansen took his joker on the opening tour, and leap-frogged Gronholm's team-mate Krisztian Szabo and his brother Kevin Hansen when they also took their joker laps.

Kevin, the younger Hansen brother, also climbed ahead of Szabo as the jokers played out but Gronholm had pulled out such a lead that he was able to comfortably take the joker on the fourth tour and remain in front.

While Finn Gronholm took his fourth career victory, as Hansen brothers Timmy and Kevin also featured on the podium, capitalising on a weekend when their Hansen team’s Peugeot 208 has struggled for ultimate pace.

Szabo continued his consistent season with another fourth place, while Kristoffersson extracted his car from the Turn 1 barrier and passed Scheider’s stricken Ibiza to recover an additional point for finishing fifth.