The 31-year-old will drive one of the squad's Prodrive-built Megane RS RX Supercars alongside team owner and driver Guerlain Chicherit, replacing Frenchman Jerome Grosset-Janin after he parted company with the team on Sunday.

Doran last competed in World RX with the JRM Racing team in 2016 - the same squad with which Chicherit also made his first series start in the same year - driving a Mini RX, but split with the squad mid-season.

He then had his race licence suspended for the 2017 season after an altercation at the Gatebil festival in Norway.

"I am excited to be back racing in WRX and with GCK," said Doran. "This is a great opportunity and I really cannot express how happy I am to get back behind the wheel.

"I am confident in the car and Loheac is one of my favourite tracks, so hopefully we can put together a good result."

In early 2013 he drove a WRC-derived Mini RX at Lydden Hill in a public test, before racing the car to Gold medal at X Games Europe the same season. 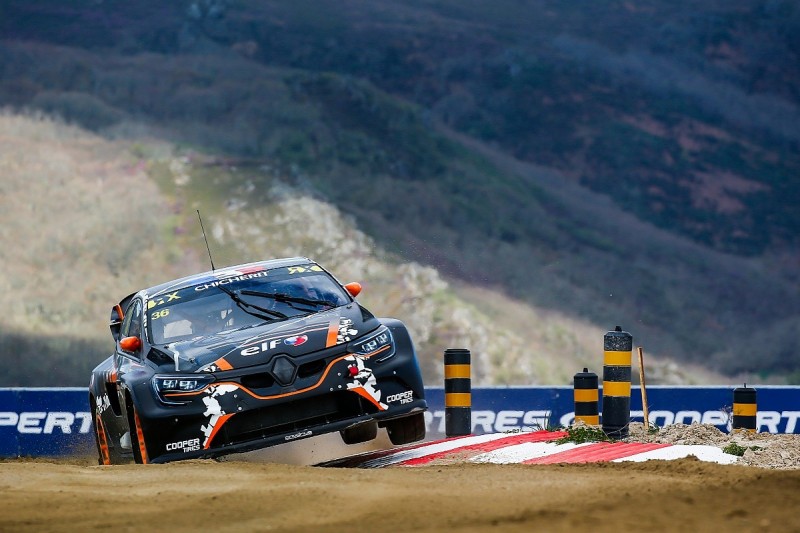 His deal with GCK also reunites Doran with former spotter and data engineer David Mansfield, who has been working for Chicherit's squad since the start of the year.

"To be able to secure a driver of such experience and tenacity as Liam to join Guerlain in Loheac will be hugely beneficial for the entire team," said team manager, Karl O'Sullivan.

"We're very much looking forward to welcoming Liam to the team and excited to have both drivers test together over the next couple of days ahead of Loheac.

"As the team's home race Loheac is hugely important to us and we want to ensure we are able to offer our fans the best experience and some incredible racing for their entertainment."