Johan Kristoffersson and Niclas Gronholm, expected World Rallycross Championship title-protagonists who have had disappointing opening two rounds, stuck back on the opening day of round three in France.

Due to the highly abrasive nature of the track surface at the Loheac venue, all of the front-running World RX contenders conducted limited running in the morning practice sessions to save tyres.

Then, having changed the front differential set-up and the rear anti-roll bar among other changes on his GRX-SET Hyundai i20, Gronholm set the best time in Q1.

Kristoffersson, who was stripped of his intermediate classification lead in the Barcelona season opener and missed the final in Holjes last time out with a puncture in his semi-final, also won his Q1 race and wound up second overall after a huge save at the opening corner of his race.

Having started third on the grid, Kristoffersson edged ahead of previous round's podium finisher Kevin Abbring into the first corner before turning in to the right-hander, but with his Audi S1 not fully ahead of Abbring’s Renault Megane, the Ukorrupted machine made contact with the right-rear of Kristoffersson’s car and he was pitched 90 degrees to the track’s route at the corner exit.

But, by knocking the gearbox down a cog and burying the throttle of the four-wheel-drive 600 horsepower machine, Kristoffersson returned his car to the intended direction of travel.

The Swede then ran nose-to-tail with Gronholm on the opening lap of the final race in Q2, but by taking an early joker lap, Kristoffersson bettered Gronholm’s lap times and when the Finn took his joker on the final tour, Kristoffersson took the advantage to set the best time and end the day at the top of the leaderboard.

Abbring meanwhile, having capitalised at the end of his Q1 race by passing Enzo Ide when the Belgian ran wide in the final corner, then took the lead of his race from pole in Q2, escaped contact behind between Timo Scheider and Ide to run clear at the front and take the second-best Q2 time, lifting him to third in the overall order. 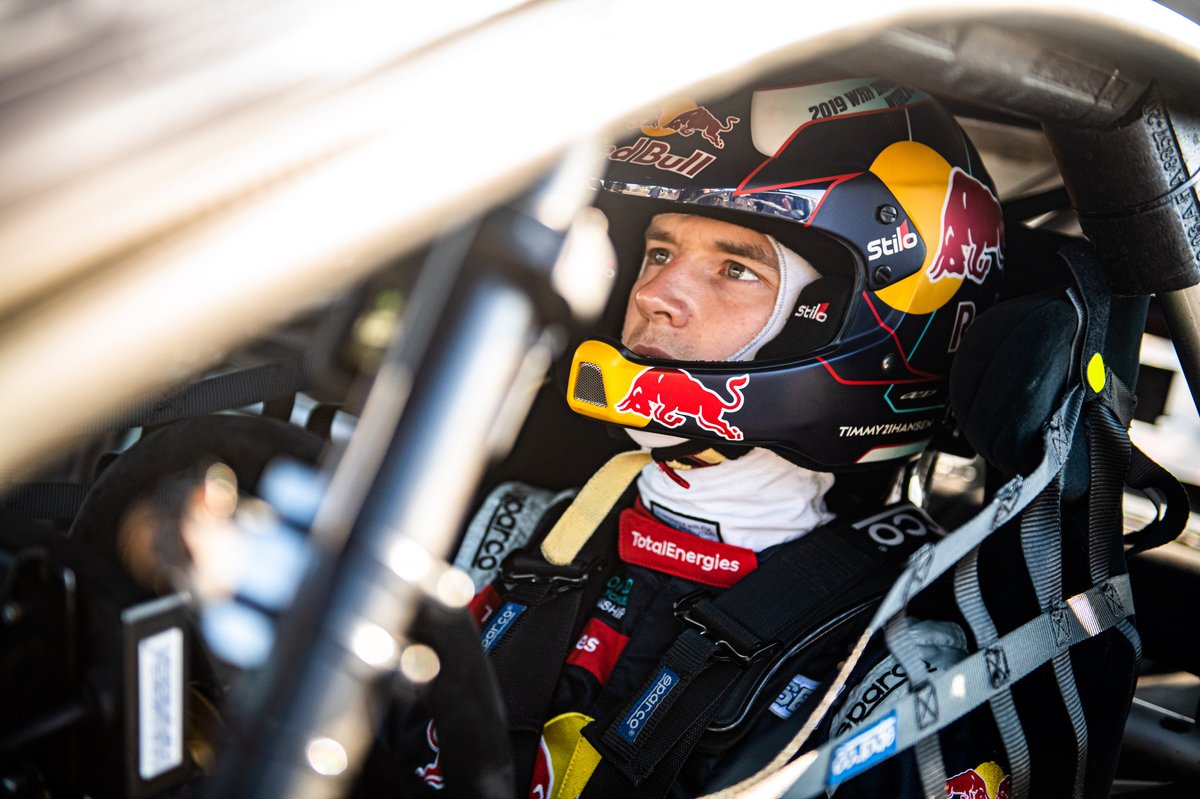 Points leader Timmy Hansen, entering the event on the back of victories in the Swedish World RX round then Extreme E’s Arctic X-Prix in Greenland, battled in traffic and ended up fifth after the first day.

His brother Kevin claimed fourth and GRX’s Krisztian Szabo sixth, the latter making a good launch in Q2 to run side-by-side with the Hansen drivers in the first corner squeeze.

There was also contact later in the race after Szabo’s early joker, when he touched the rear of Timmy Hansen’s Peugeot 208 as the Swede entered the joker lap later on. The incident was investigated by the stewards, but no further action was taken.