The unaffected Ford had ended its factory involvement in the World RX at the end of 2017, a year after it canned its GRC programme.

Its notable remaining rallycross commitments include Ford Performance supporting Olsbergs MSE in World RX after it moved from the GRC, as well as small involvement in Loenbro Motorsports' Ford RS RX programme.

World RX and GRC used different technical regulations for Supercars and Ford Performance's global director Mark Rushbrook told Autosport that the lack of unity had been a problem.

"Our only concern with rallycross is it hasn't had a unified global approach in that it was fragmented between World RX and GRC and then other series that were trying to get traction and get started," he said.

"Obviously with the development with GRC there's an opportunity for IMG to add ARX to complement World RX and we hope to see a longer-term vision that keeps World RX and ARX on the same rules and hopefully a global unification of a series that we think has high potential.

Ford confirmed it has a representative in the technical working group and is continuing to talk to IMG, which plans to make electric cars the focus of World RX by 2020. 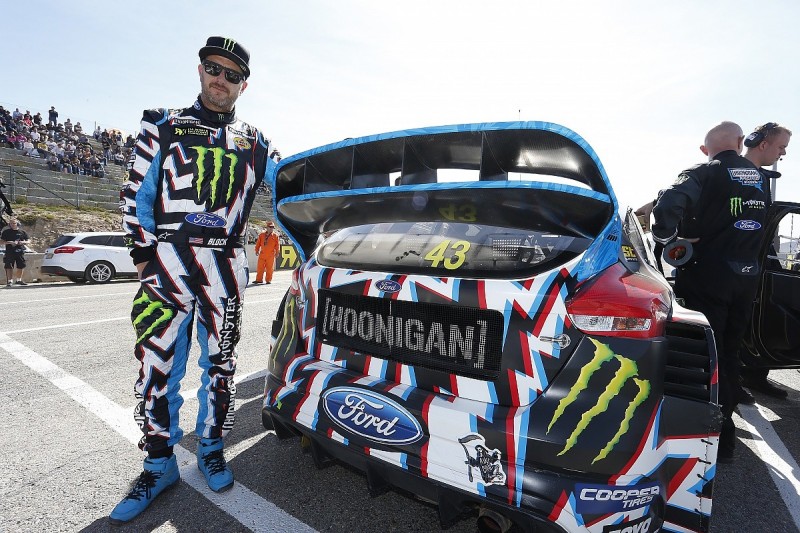 Though Ford's involvement in the project is minor, Rushbrook said keeping Block onboard amid a "fragmented" time for RX was crucial.

"That fragmented global approach to it, that was part of our decision, with Ken Block and the Hoonigan team, to pull out of World RX and to wait and see what happens with that whole landscape," said Rushbrook.

"We obviously want to keep Ken Block behind the wheel of a Ford and helping us with marketing and media.

"At the same time we were watching what Steve Arpin had done even though we hadn't been supporting him with the Fiesta he's been running for the last several years, and the success he and his team had had, they do a lot of really good things.

"They asked for help in a few areas where we are able to help them, but we're excited that those cars will continue racing with Ken and Steve and we see how ARX and the sport develops."