Reigning World Endurance Championship LMP2 title winners WRT topped the times in first free practice for round two of this year’s series at Spa on Saturday.

Robin Frijns posted a 2m05.475s early in the session aboard the #31 WRT ORECA-Gibson 07, which stood as the quickest time of the opening 90-minute practice period on Friday afternoon.

It was the first time this season that a P2 car has ended up ahead of the Hypercar class contenders, although the secondary prototypes were quickest in three of the four sessions at the official pre-season prologue test at Sebring ahead of the championship opener in March.

Frijns ended up just six hundredths clear of Filipe Albuquerque in the best of the two United Autosports ORECAs that took second and third positions overall in Free Practice 1.

Will Stevens made it four P2s in the top four with a 2m05.967s in the fastest of the two ORECAs entered by the British Jota team.

The solo Glickenhaus was fastest in the Hypercar category in fifth position overall in the hands of Romain Dumas.

The Frenchman’s 2m06.233s in the Pipo-engined Glickenhaus 007 Le Mans Hypercar gave him a six-tenth advantage over the next best car in class, the first of the Toyota LMHs.

Mike Conway set a 2m06.876s in the #7 Toyota GR010 Hybrid, which has been rebuilt around a new monocoque after Jose Maria Lopez’s accident at Sebring, to take eighth place overall on the timesheets. 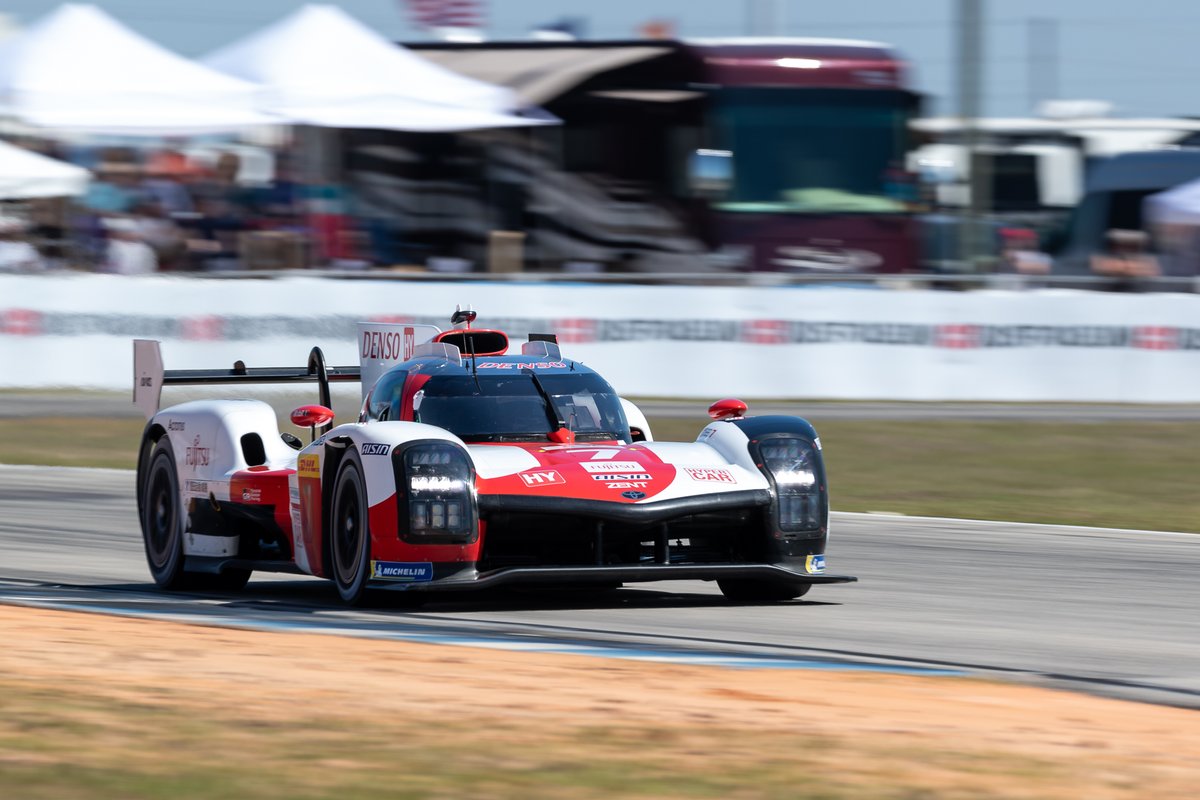 Sandwiched between the top two in the Hypercar category in sixth and seventh positions were the Penske ORECA LMP2 driven by Felipe Nasr and the second WRT entry with Norman Nato at the wheel.

The second Toyota finished the session in 13th position on a 2m08.802 from Sebastien Buemi, while the Sebring-winning Signatech Alpine team brought up the rear of the class.

Nicolas Lapierre set a 2m07.291s round the Circuit de Spa-Francorchamps in the grandfathered LMP1 Alpine-Gibson A480, which has lost 20kW or 26bhp under the Balance of Performance for this weekend.

The free practice times from Toyota’s GR010 were significantly down on those it achieved on the design’s debut at Spa last year.

Kamui Kobayashi was quickest in class across the trio of practice sessions in 2021 with a 2m02.518s.

The Toyotas are running with a significantly different BoP to the 2021 championship opener: they are 30kg heavier, have less power and can only deploy hybrid power at 190km/h rather than last year’s 120km/h.

The solo Chevrolet Corvette C8.R brought up the rear in GTE Pro courtesy of a 2m16.372s from circuit debutant Tommy Milner.

Matteo Cairoli went four tenths faster than Milner with 2m15.982s to top the GTE Am times aboard his Project 1 Porsche.

The session was red flagged after approximately a minute as a result of a temporary IT failure in race control, but the session ran its full duration of an hour and a half on its resumption.

The red flag was also shown after the chequered flag had fallen when Ryo Hirakawa stopped the #8 Toyota on the Kemmel Straight in a simulated hybrid failure requested by the FIA.

A further session of practice precedes qualifying at 18:20 for Saturday’s race.

Porsche to supply up to four customer LMDh prototypes