Toyota froze the top two positions in Saturday's World Endurance Championship opener at Spa in favour of Fernando Alonso's car at the final pitstops, the Japanese manufacturer has admitted

Toyota Motorsport GmbH boss Pascal Vasselon explained that a pre-race agreement with the team's six drivers meant that the two TS050s were not allowed to race each other to the end of the six-hour event.

The final round of stops took place 25 minutes of the race remaining, and coincided with Mike Conway arriving on the tail of team-mate Alonso in what would go on to be the winning Toyota he shared with Sebastien Buemi and Kazuki Nakajima.

"The agreement was that the cars could race until the last pitstop and actually the two cars joined [came together on track] at the last pitstop," Vasselon told Autosport.

"We told the drivers they could race only to the last pitstop because we did not want to have the last laps with a lot of tension.

Conway and team-mates Kamui Kobayashi and Jose Maria Lopez came back to finish just 1.4s behind the winning Toyota despite starting one lap down from the pitlane.

This was because the car was excluded from qualifying after taking pole position as the result of an administrative error concerning the its fuel flow meter.

Conway was approximately 55s behind Alonso with an hour of the race to go when the safety car was deployed for the third time.

The Briton was just five seconds down when the race went green again with 49 minutes left on the clock and closed up to the leader before the two Toyotas headed for the pits. 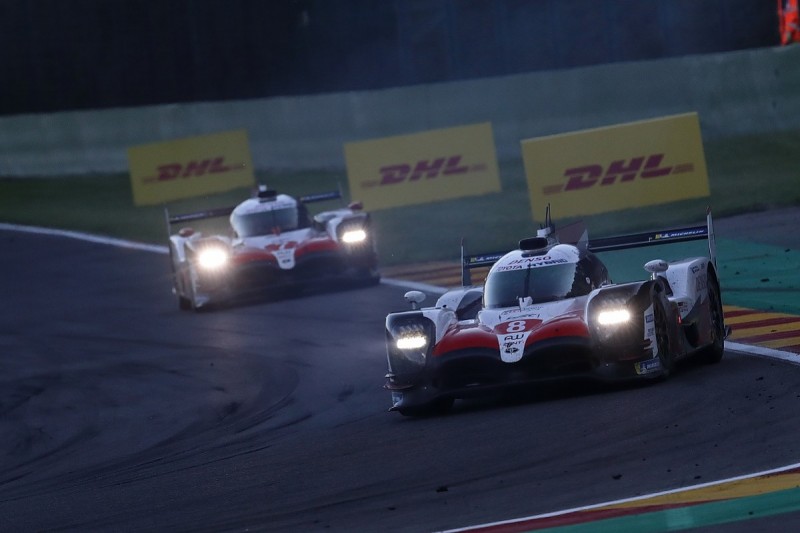 Conway spent 10s longer in the pitlane compared to Alonso during his stop, as the nose section of the #7 Toyota was changed.

"This did not change anything, because it was always the plan to freeze the positions," said Vasselon.

He conceded that the second-placed TS050 was the faster of the two Toyotas during the race at Spa.

"The lap times show that car #7 was marginally faster, by just one or two tenths, but it came back basically because of the safety car," explained Vasselon.

Conway said he believed #7 "was clearly the quicker car, especially when it was hooked up".

He also explained that an aerodynamic inconsistency was the reason for the change of nose at the car's final pitstop.