The additional race planned for next year’s World Endurance Championship calendar will take place in Europe before the Le Mans 24 Hours in June.

WEC boss Frederic Lequien has confirmed that the extra event will be in Europe and that its timing in the first half of the season is aimed at producing what he called “a good balance” to the series schedule.

He told Autosport that the venue for a seventh round is “still open and still under negotiation” and would not speculate on likely venues.

An extra six-hour race in Europe would have to take place in April between the Sebring 1000 Miles series-opener in March and the traditional Spa date in early May.

A return to the Algarve circuit near Portimao, which hosted its first WEC round last year, appears to be among the possibilities for the calendar addition.

The 2023 WEC will again include Monza in July after Le Mans, Lequien confirmed, before the Asian leg of the series made up of the Fuji and Bahrain events.

Lequien suggested that a clash between Spa and the Monaco round of the Formula E World Championship, slated for Monaco on 6 May on the provisional 2022/23 calendar published last month, will be unavoidable.

“The situation is under discussion between all the partners, but we have to face this kind of reality as the calendars grow,” he said at Monza last weekend.

“Putting the calendars together is like a Chinese puzzle.”

The WEC and FE have had an agreement to try to avoid date conflicts that stretches back to before the start of the inaugural 2014/15 season of the FIA’s electric-vehicle series. 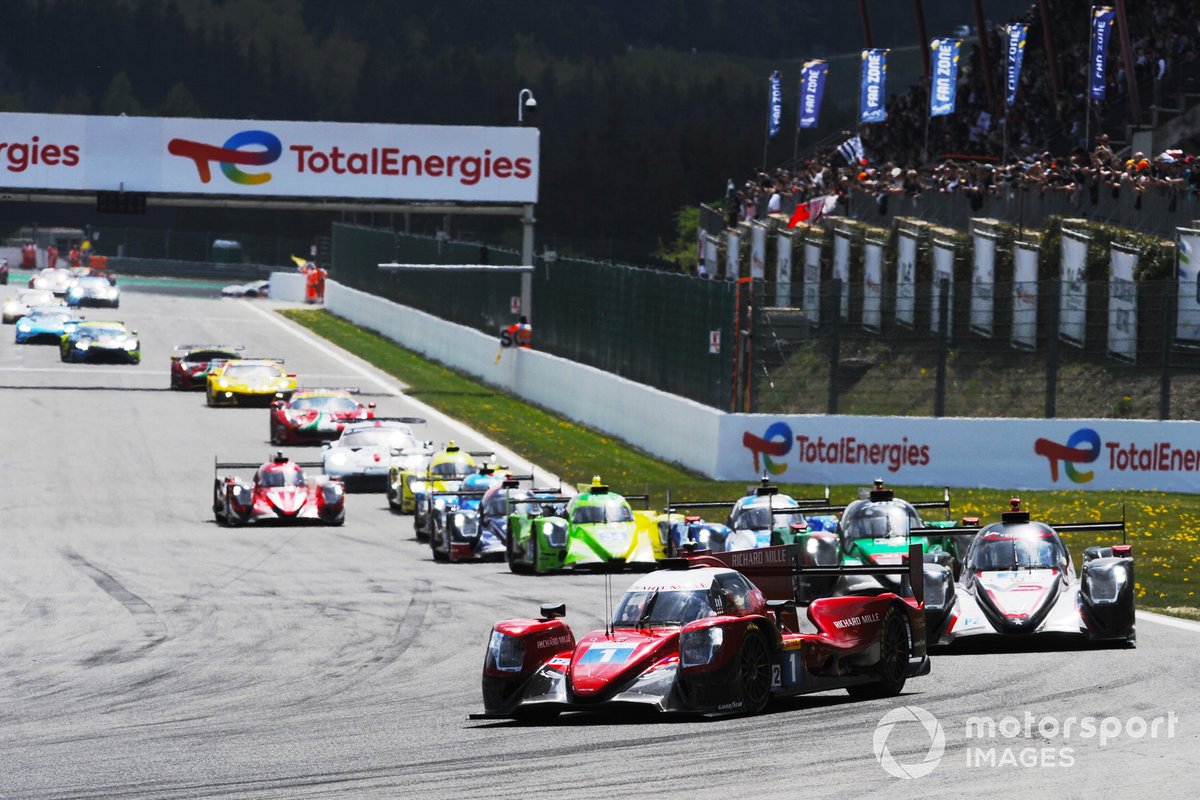 There is currently a further date conflict between the Le Mans test day on 4 June and the Jakarta FE event, which for next year will become a double-header round with races on the Saturday and Sunday.

Seven drivers traveled overnight from the single Indonesian race on the Saturday this year to take part in the Sunday test ahead of the double-points WEC round, including eventual outright winner Sebastien Buemi and LMP2 class victor Antonio Felix da Costa.

The clash wouldn’t prevent any drivers with dual programmes in WEC and FE from racing at Le Mans so long as they have a platinum rating under the FIA’s system of driver categorisation.

The last clash between WEC and FE races was back in 2017, when the Nurburgring 6 Hours took place on the same weekend as the inaugural New York ePrix.

Lequien had outlined earlier this year a plan for the WEC to expand next season from the six races to which it shrunk as a result of COVID in 2021 and for it to eventually return to its traditional eight rounds.

The WEC wants an eighth event to be outside Europe, but the plans are complicated by uncertainties over the costs and timescales involved in shipping the WEC cars and equipment.

“We will have to see how the freight situation evolves; it could be better, it could be worse,” said Lequien.