Monza WEC: Toyota locks out front row ahead of Alpine

Toyota driver Jose Maria Lopez bounced back from a mistake on his first hot lap in qualifying to claim pole for Sunday's FIA World Endurance Championship round at Monza.

Lopez went straight on at the first chicane on his opening attempt, but two laps later he was able to get down to a 1m35.899s in the #7 Toyota GR010 Hybrid to snatch the pole from team-mate Brendon Hartley.

Hartley's 1m35.961s left him just six hundredths behind Lopez, who has been fastest in every session of the Monza weekend so far, and was good enough for second position.

Lopez said: "It's not usual to be quickest in every session: I felt confident, but I put a bit of suspense into it.

"We'd discussed with the team that we were only going to go once, so I went for it and still managed to do the lap after three laps on the tyres."

Nicolas Lapierre was only two tenths off Lopez in the Alpine A480-Gisbon grandfathered LMP1 car with a best lap of 1m36.121s.

The Frenchman made a last bid for pole after the 10-minute session was red-flagged when Stoffel Vandoorne crashed his Jota ORECA 07 LMP2 on the exit of the second Lesmo right-hander, but failed to improve his time.

The best of the two Glickenhaus-Pipo 007 LMHs got within a second of the pace after a late improvement from fourth-placed Pipo Derani.

The Brazilian found three tenths with a 1m36.686s right at the end of the session, although he did not improve his position in the five-car Hypercar field. 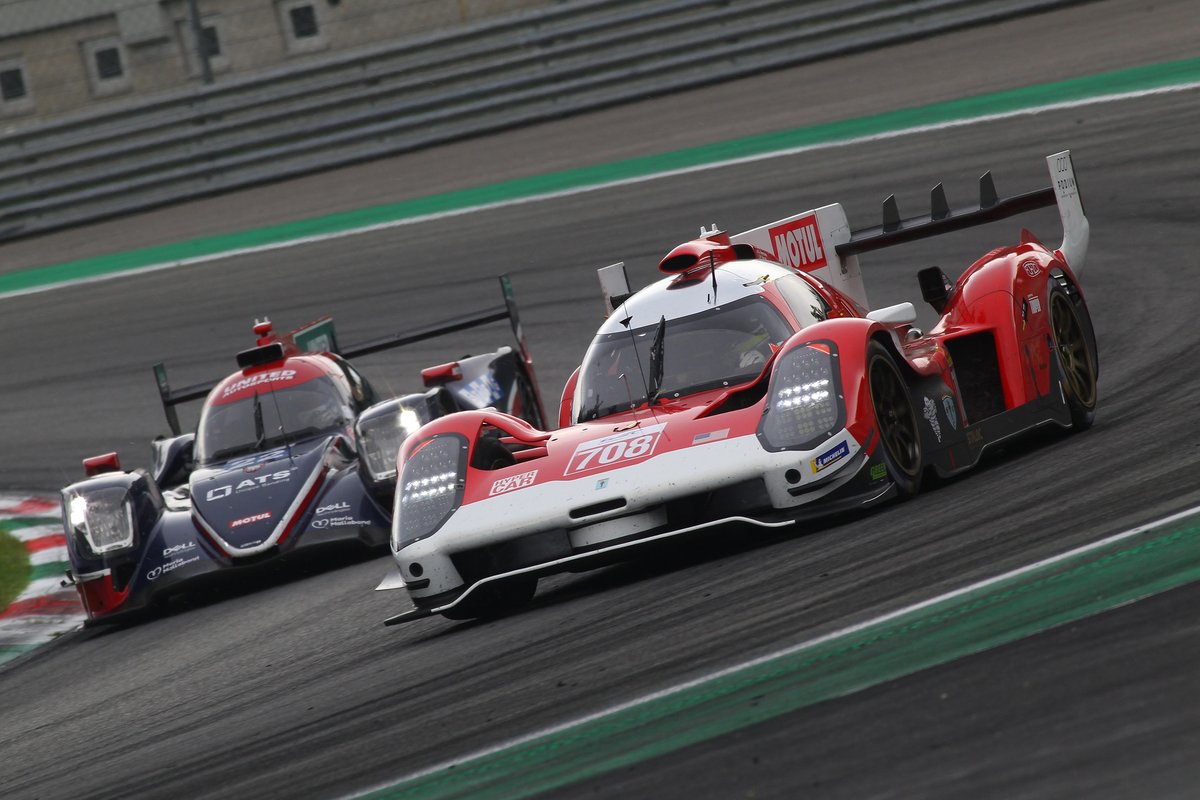 Richard Westbrook, who didn't go for a time after the red flag, ended up fifth with a best lap of 1m38.323s.

The Frenchman's 1m38.527s aboard his ORECA 07 set before the red flag secured him the top spot despite a late improvement from Filipe Albuquerque after the break.

The United Autosports ORECA driver got to within three hundredths of the WRT car with a 1m38.557s to move up to second.

Ben Hanley took third position for DragonSpeed with a 1m38.663s, while Nyck de Vries was fourth for Racing Team Nederland.

Kevin Estre maintained his monopoly on the GTE Pro pole with his third qualifying top spot of the season — and fourth in a row — for Porsche.

The Frenchman posted a 1m45.412s on his second flier after straight-lining the first chicane on his opening lap to just do enough to beat Alessandro Pier Guidi in the best of the factory AF Corse Ferraris.

Ben Keating came out on top in a battle for GTE Am pole with Francois Perrodo that continued after the chequered flag had fallen.

GTE Pro and Am results: