The chances of the Japanese manufacturer repeating its 2014 WEC drivers' and manufacturers' title were described as "minimal" by Toyota Motorsport GmbH technical director Pascal Vasselon after the two TS050s HYBRIDs trailed behind another Porsche 1-2 in the US.

"To have had a good chance to win the championship we would have needed to win all the races, including here in Austin," Vasselon told Autosport.

"Without special circumstances affecting Porsche #2, the chances are now minimal, so we will now focus on winning races."

The two Toyotas finished third and fourth behind the pair of Porsche 919 Hybrids in Austin. 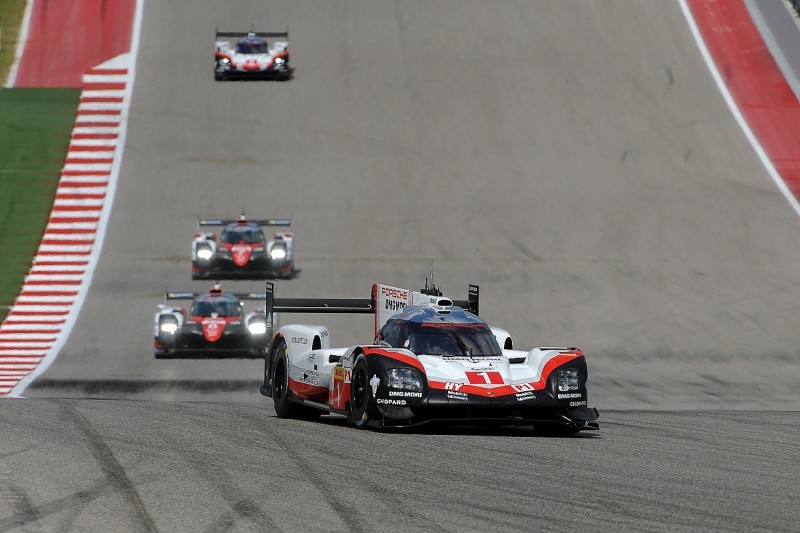 Vasselon said the team was still disappointed with that result, despite being much closer to its rival than at the previous WEC round in Mexico City earlier this month.

Sebastien Buemi and Kazuki Nakajima now trail championship leaders Timo Bernhard, Brendon Hartley and Earl Bamber by 41 points, with only 78 up for grabs over the final three races.

Anthony Davidson, who did not race in Austin for what were described as "personal reasons", lies a further 15 points back in third position.

Toyota insisted that the Briton's absence would be for one race only and that he would be back in the #8 car alongside Buemi and Nakajima for the Fuji round next month.

Toyota claimed its only win of the 2016 season on home ground in Fuji.