Toyota has admitted to concerns over the reliability of its new FIA World Endurance Championship contender ahead of next month's Le Mans 24 Hours.

The race-winning #7 entry shared by Kamui Kobayashi, Mike Conway and Jose Maria Lopez lost a minute with an electronic problem that required Kobayashi to bring the car to a complete halt on track to undertake a full reboot of its systems.

The #8 GR010 of Sebastien Buemi, Kazuki Nakajima and Brendon Hartley lost nearly an hour with a fuel-system issue and also required a new front corner on the way to last place, 43 laps behind the sister car.

Toyota Gazoo Racing Europe technical director Pascal Vasselon conceded that the team knows it "has some work to do" prior to the official Le Mans test day the week ahead of the double-points WEC round on 21/22 August.

"Yes we are worried, but somehow it is business as usual for a racing team," he said. "We have to get to the bottom of the two issues."

Vasselon explained that Toyota's focus will be on rig testing between now and Le Mans, ruling out scheduling additional track testing.

The only run planned for the GR010s between now and Le Mans is Toyota's traditional pre-race shakedown at Spa, which will take place in early August.

"We need really to understand what has happened, then generate the conditions that are suspected to be the critical ones on the rig," he said.

"We have done 30,000km with the car; you cannot say you will organise a test and it [the problem] will happen." 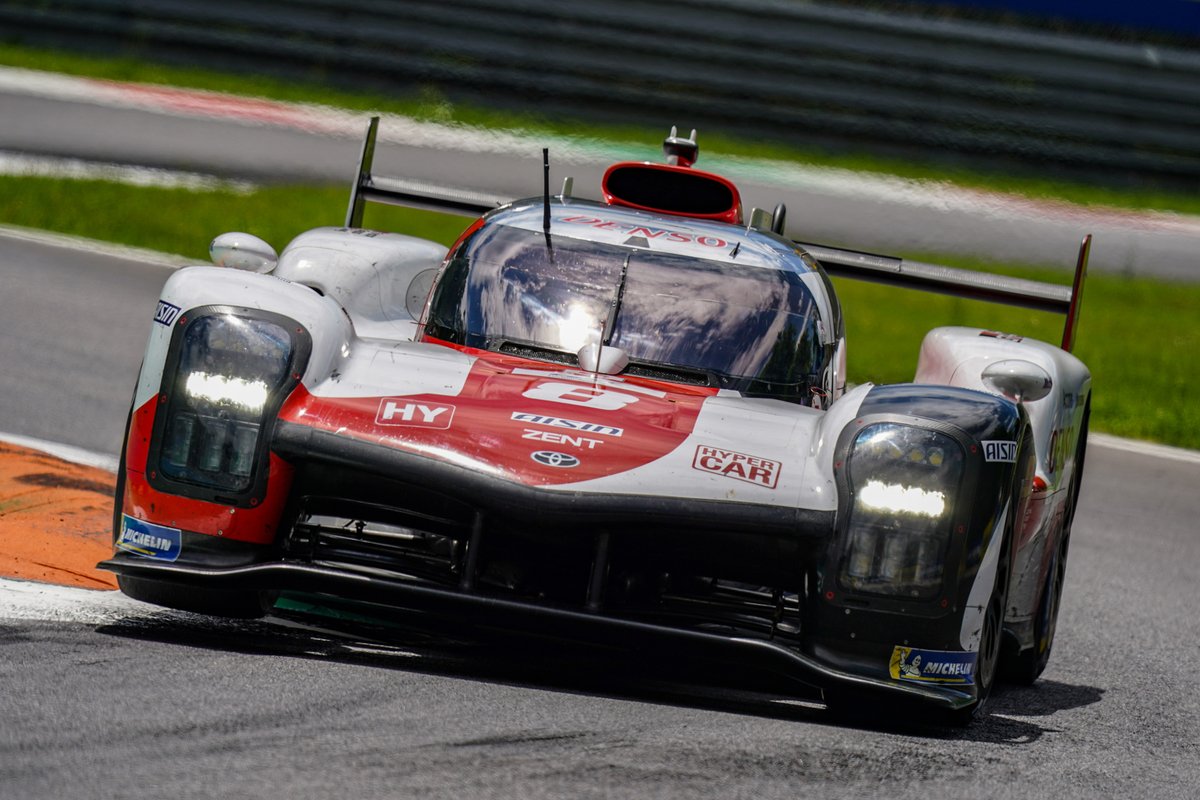 Vasselon described the issue on #7 as a "control unit glitch which needed a global recycle".

Kobayashi received an error message on the dashboard, pulled over onto the side of the track and went through the prescribed procedures to reset the car's systems before continuing without problems.

The problem on #8 was not fully understood by Toyota in the immediate aftermath of the Monza race.

Vasselon called it "essentially a fuel system issue which is not exactly clear", adding: "We don't know what is causing it — it was not an electrical issue."

The car was initially brought into its garage for approximately four minutes while Toyota tried to understand the issue and the full fuel system was subsequently changed with the loss of just under 50 minutes.

Vasselon admitted that the right front corner had to be changed on #8 because the wheel had not been tightened properly when the car was in the garage for the first time. He called it a "side-effect" which damaged the hub.

The new Toyotas ran without major issues through the opening two rounds of the 2021 at Spa and Portimao.