Fassler produced the day's best aboard the 2012-spec Audi R18 e-tron quattro with a 1m45.806s lap in the second of the three sessions on Thursday.

That put him nearly eight tenths of a second ahead of the revised 2013 car in the hands of Tom Kristensen, who set his time during night practice.

Fassler, who shares his Audi with fellow 2012 World Endurance Champion Benoit Treluyer and Oliver Jarvis, said: "So far everything is OK. I did my first laps of the week in the afternoon, so we are going to see what is really possible tomorrow in qualifying."

The second Audi missed much of the day after Allan McNish damaged the car when he went off on cold tyres on his out-lap in the first of the three sessions.

"Accelerating out of Turn 10 but in a straight line, the rear tyres spun up and the traction control did not catch it, which half spun the car," McNish said.

"The front left corner impacted the [tyre] wall, but that spun me around so that the rear of the car touched the wall." 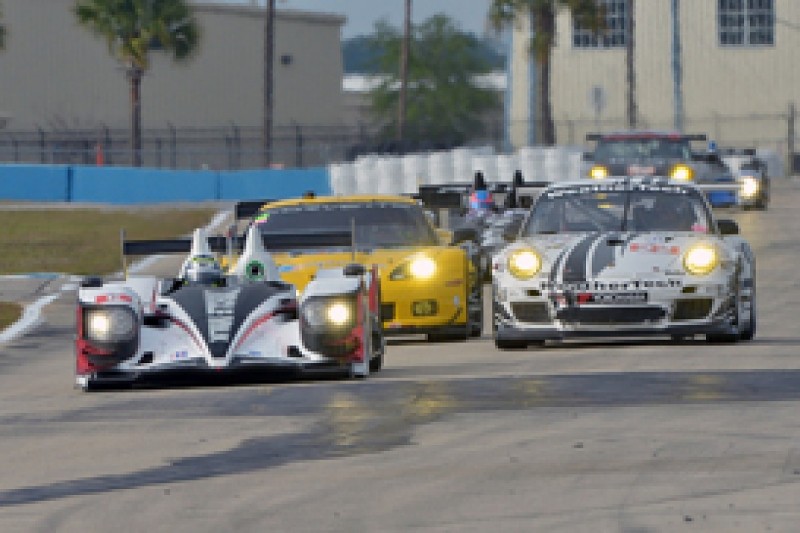 Lucas Luhr ended up third fastest in the Pickett Racing HPD ARX-03c, which is now running last year's narrow front tyres in preference to the wider Michelins used at the start of the week, with a time a further eight tenths behind Kristensen.

The two Level 5 Motorsports HPD ARX-03bs led the LMP2 with times set in the night session.

The two Chevrolet Corvette C6.Rs jumped to the top of the GT class order during the final session, Oliver Gavin ending up fastest on 2m00.282s and Jordan Taylor second on 2m00.406s.

There is one more free practice session on Friday morning ahead of qualifying for the American Le Mans Series opener in the afternoon.

Unified US series to be known as United SportsCar Racing