SARD back to international racing in WEC LMP2 with Morand Racing

The Japanese SARD team, runner-up at the 1994 Le Mans 24 Hours, is set to return to the international arena for a World Endurance Championship LMP2 campaign with Morand Racing

Team SARD-Morand has made two full season entries for the 2015 WEC with a pair of Morgan LMP2 EVOs, which will be powered by SARD-badged 3.6-litre Judd/BMW V8s.

Morand team boss Benoit Morand said: "For a young team like us, it is an honour to share our destiny with SARD - its long history demonstrates that the team has always been searching for new challenges."

The deal marks the first time SARD, a regular in Super GT in Japan, has competed internationally since 1997.

It continued to race at Le Mans after its 1994 near-miss with a Group C Toyota 94CV (pictured above) driven by Eddie Irvine, Jeff Krosnoff and Mauro Martini, subsequently developing its own MC8-R GT1 car based on a Toyota MR2 chassis and powered by a Toyota V8 turbo powerplant.

Four drivers have so far been signed by the new set-up: Morand regular Christian Klien and Super GT regular Koki Saga have been confirmed in one car; and 2014 European Le Mans Series champion Oliver Webb will share the other with Pierre Ragues, who also raced for Morand last year.

A full-season team-mate for Klien and Saga will be announced shortly, while Webb and Ragues will be partnered by the winner of what is being billed as an online interactive reality competition.

The 'Race to 24' competition will result in a driver being chosen for Le Mans and the WEC events that follow.

Their team-mate for the first two rounds of the WEC at Silverstone and Spa will also be announced imminently, according to the team.

Webb, who won the 2014 ELMS P2 title with the Signatech Alpine squad, said: "After winning the ELMS and coming third [in class] at Le Mans, both at my first attempt, I am ready for the world stage." 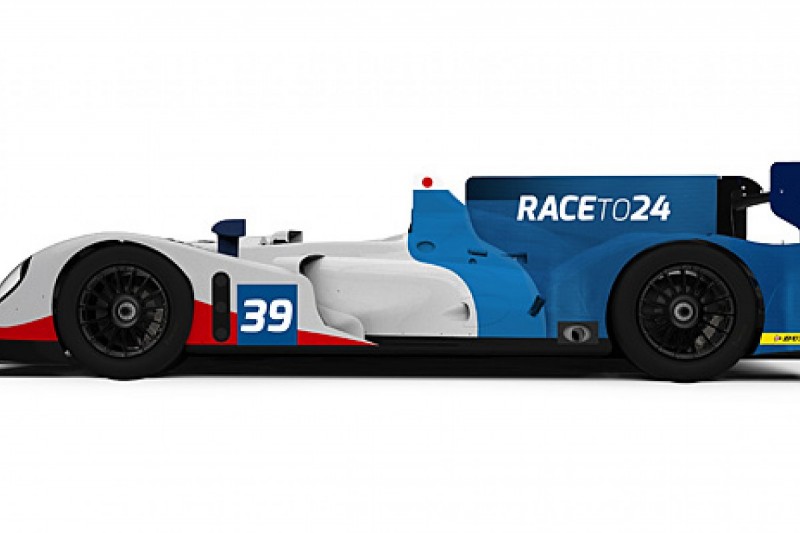