The Australian, who joined the factory Chevrolet Corvette squad last season to contest the Tudor United Sportscar Championship enduros, has now had his role expanded to encompass the Le Mans World Endurance Championship round in June.

Briscoe is without an IndyCar drive for 2015 after being released by Chip Ganassi Racing.

He will race one of the two Chevrolet Corvette C7.Rs entered in the GTE Pro class in place of Briton Richard Westbrook.

Corvette Racing team principals are talking openly about Briscoe's inclusion in the Le Mans class line-up, although the official confirmation is not expected until the publication of the Le Mans entry list on February 5.

Briscoe, who is aiming to return to the IndyCar Series for the Indianapolis 500 in May, would only say that he "hoped to go back" to Le Mans. 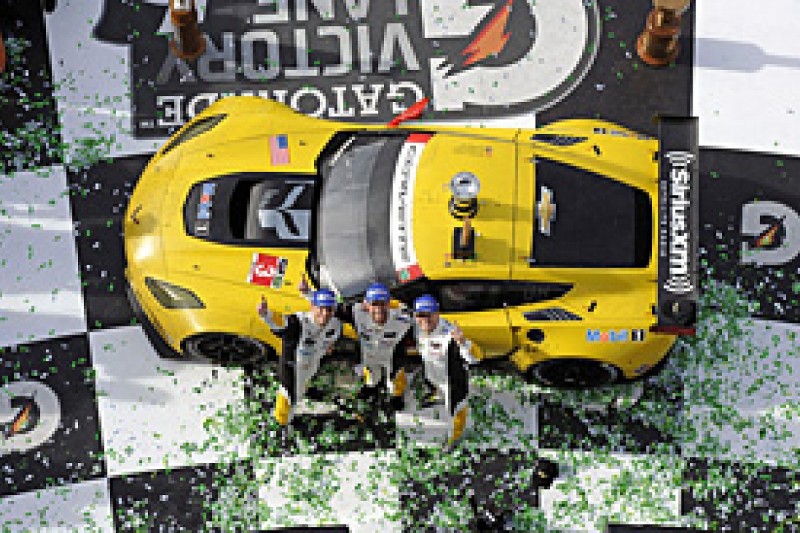 It appears certain that Briscoe will remain with Jan Magnussen and Antonio Garcia, with whom he took GT Le Mans class honours at last weekend's Daytona 24 Hours season-opener.

That would mean US Prototype regular Jordan Taylor, who has retained his seat for Le Mans, swapping over to share with Oliver Gavin and Tommy Milner.

Chevrolet factory driver Westbrook, who has raced factory 'Vettes at Le Mans since 2011, has been left out of the line-up in order for him "to concentrate on his USC Prototype programme", according to one senior figure at Corvette Racing.

New Penske IndyCar driver and former American Le Mans Series driver Simon Pagenaud teamed up with Gavin and Milner at Daytona and will do so again at the Sebring 12 Hours in March.

Briscoe is likely to be listed in both cars as a 'floating' third driver for the USC finale at Road Atlanta in October as he was in 2014.