Paul di Resta and United Autosport completed a clean sweep for LMP2 machinery across free practice for Sunday's Portimao World Endurance Championship round, as the Glickenhaus made a dramatic improvement.

The ex-Formula 1 driver knocked two tenths from the lap with which he had topped the Saturday morning session in United's solo ORECA-Gibson 07, the Scot getting down to a 1m31.628s to top the times over the final 60 minutes of practice.

The time gave him the top spot by a couple of hundredths of a second over the Alpine-Gibson A480 grandfathered LMP1.

Nicolas Lapierre set a 1m31.652s in the car that formerly raced as the Rebellion R-13 to head the Hypercar class.

Antonio Felix da Costa, who had led the way in FP1, took third place overall with his best time of the weekend, a 1m31.765s, in the fastest of the Jota team's LMP2 ORECAs

The solo Glickenhaus Le Mans Hypercar jumped to fourth position ahead of the two Toyota in the dying moments of the session, courtesy of a 1m31.916s from Richard Westbrook.

That put the Pipo-engined 007 LMH just under a tenth up on Sebastien Buemi in the best of the Toyotas and four tenths up on Mike Conway, who ended up ninth fastest overall in the sister LMH car with a 1m32.310s. 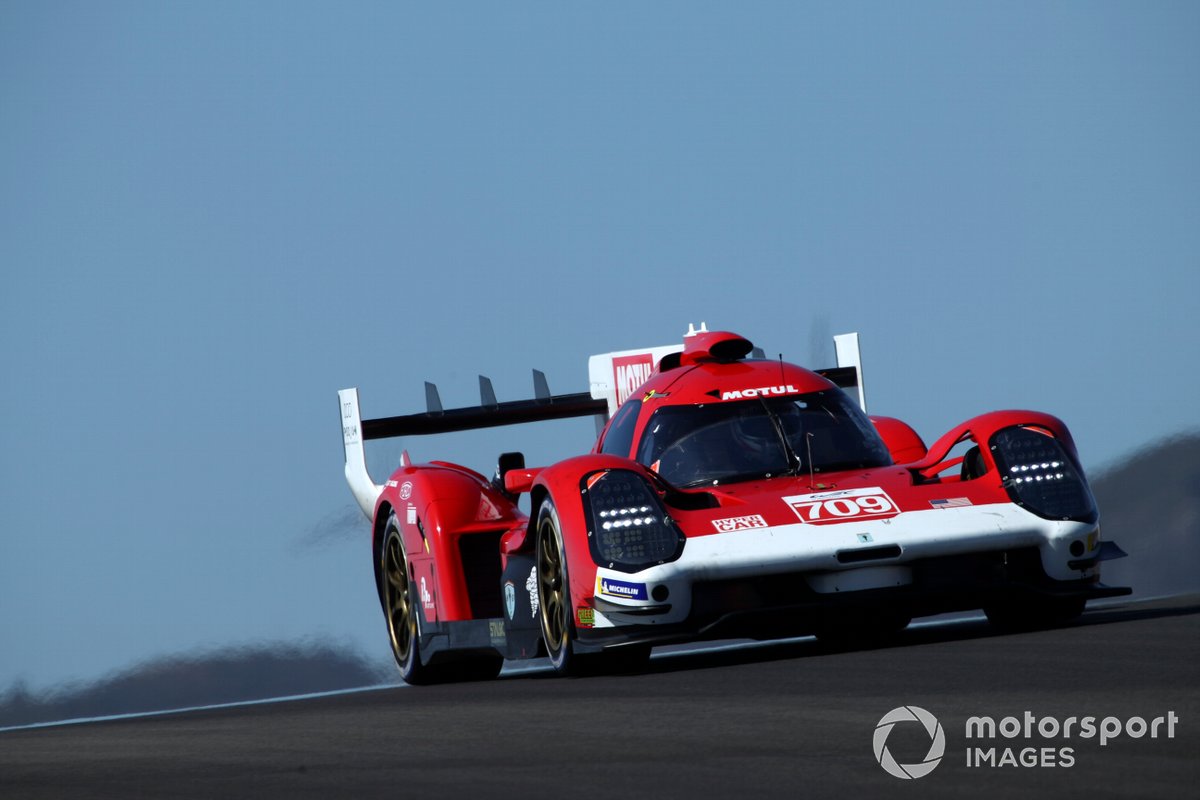 The American boutique manufacturer bounced back from gearbox problems that had curtailed its running in the Saturday morning session.

Alex Brundle was sixth fastest overall and third in LMP2 aboard the Inter Europol ORECA with a fastest lap of 1m31.998s.

Racing Team Nederlands and WRT filled out the next two spots with their LMP2 ORECAs driven by Job van Uitert and Robin Frijns respectively.

Tenth place behind the second Toyota was taken by the DragonSpeed ORECA with Ben Hanley at the wheel.

Porsche returned to the top of the times in GTE Pro with Kevin Estre.

Matteo Cairoli set the pace in GTE Am with aboard his Project 1 Porsche 911 RSR.

Qualifying for Sunday's Portimao 8 Hours, round two of the 2021 WEC, begins at 6pm local time in Portugal.