The new 911 RSR, which was launched on Thursday at the Los Angeles motor show, has been developed around the facelifted 991-shape version of the rear-engined sportscar to take advantage of the latest GTE rules that came into force this season.

Porsche motorsport boss Frank-Steffen Walliser said: "While retaining the typical 911 design, this is the biggest evolution in the history of our top GT model.

"The latest 911 RSR is a completely new development: the suspension, body structure, aerodynamic concept, engine and transmission have all been designed from scratch."

Porsche has been able to exploit the freedoms in the new rulebook that allow for a large rear diffuser with what it calls the "engine concept", which is understood to mean a significant forward shift in the mounting of the flat-six powerplant.

It has been confirmed by Porsche that the new car is powered by a normally-aspirated four-litre flat-six like its predecessor, but now with direct fuel injection. 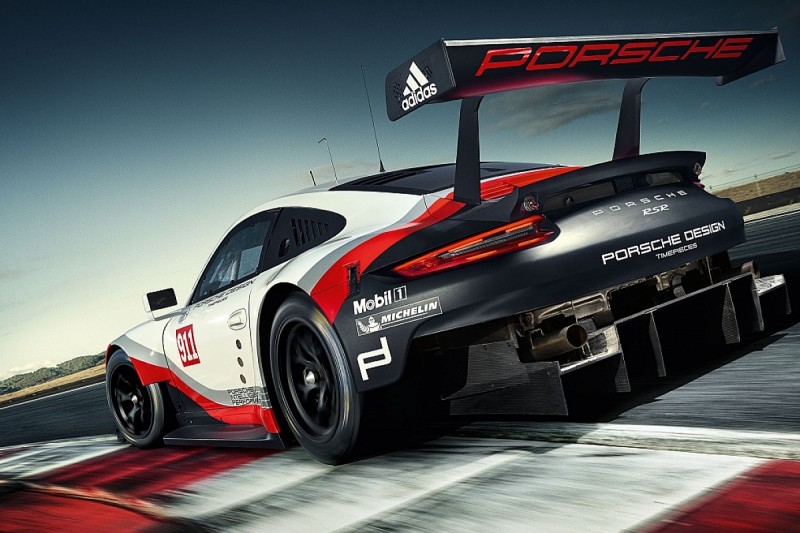 The car has been up and running since the spring, when Porsche released the first photographs of it.

Porsche will make its full-factory return to the WEC with the latest 911 RSR next year, in addition to contesting the IMSA SportsCar Championship in North America.

The German manufacturer took a sabbatical from the GTE Pro class of the WEC in 2016 in order to divert resources into the development of the new car.

It maintained a limited presence with the works-supported programme with an updated 2015 car run by the German Proton team.