The German manufacturer has firmed up its intention to run a pair of the latest-specification 911 RSRs in the GTE Pro class together with the German Manthey team, its representative in this year's series.

Porsche Motorsport boss Harmut Kristen said at this week's Bahrain WEC finale: "After final practice this morning, I could announce to the team that we will continue our effort with Porsche AG Team Manthey in the WEC with two cars.

"This underlines how we feel about the WEC: having two programmes is a clear statement."

Kristen claimed that the delay in the confirmation of the GTE Pro programme with the 991-shape 911 RSR had resulted from the complications of racing in two divisions.

"For a company to be involved in two categories is a big decision; we had to make sure we had the correct resources and that took time," he explained.

Manthey will race the evo-version of the 911 RSR that is racing for the first time at the Bahrain International Circuit this weekend.

The car has revised aerodynamics and suspension geometry and two key rules waivers, an increase in wheel rim width and a wider rear wing.

No drivers have been allocated to the WEC GTE programme or its parallel factory assault on the United SportsCar Championship in North America with the CORE Autosport squad. 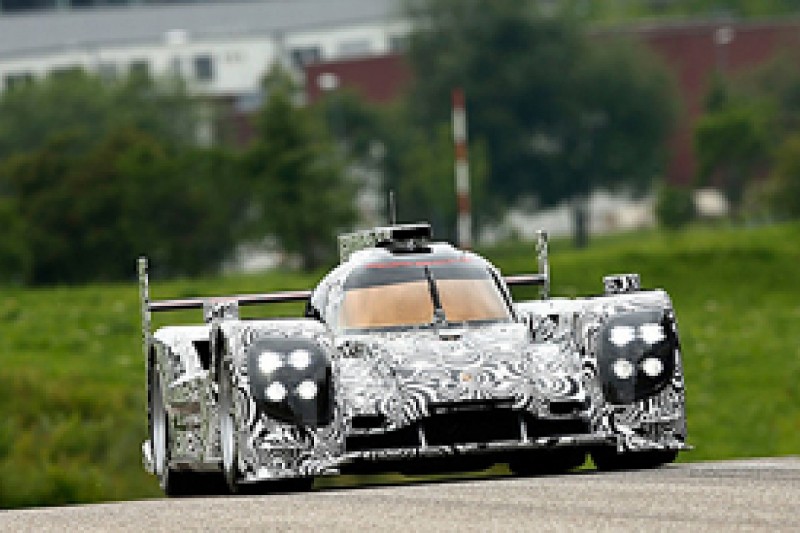 Kristen suggested that Porsche would likely be taking on additional works drivers in addition to Michael Christensen, whose promotion from the junior programme to full factory status was announced this week.

Porsche has 10 factory-contracted racers at the moment, but Timo Bernhard, Romain Dumas and, most likely, Marc Lieb will race for the in-house LMP1 Porsche (pictured) squad in the 2014 WEC.

Kristen said: "With seven, we would not have enough drivers; if we build up to 10 again, that would be enough."

The only Porsche factory driver with a confirmed GT programme in 2014 is Wolf Henzler, who will remained with the works-assisted Falken Tire USC squad.