Porsche has questioned the Balance of Performance change in favour of GTE Pro rival Ferrari ahead of this weekend's final round of the World Endurance Championship in Bahrain.

The German manufacturer stated that the revision, which has given the Ferrari 488 GTE Evo back half of the horsepower it lost under the BoP ahead of the first of the back-to-back Bahrain races, doesn't conform to its own data.

Alexander Stehlig, head of operations at the Manthey-run WEC factory team, told Autosport: "There has been a BoP change now for our competitor, and honestly we do not agree with that.

"For sure we are not happy with this decision, but I am definitely not unhappy with the FIA and the Automobile Club de l'Ouest [who set the rules for the WEC].

"We have our data and they have their data, more than us, and we respect their decision."

Stehlig argued that Porsche's analysis of last weekend's Bahrain 6 Hours suggested no change for the eight-hour fixture this weekend was necessary.

He explained that its data pointed to the Ferrari 488s experiencing higher tyre degradation than the Porsche 911 RSRs.

"If we correct the race by taking out tyre degradation and time the Ferraris lost in the pits, we would have been leading by 20s at the end," he said.

"That is not an unusual gap for a six-hour race and that is why we wouldn't have reacted."

The winning margin for the Porsche 911 RSR of Kevin Estre and Neel Jani was 35s. 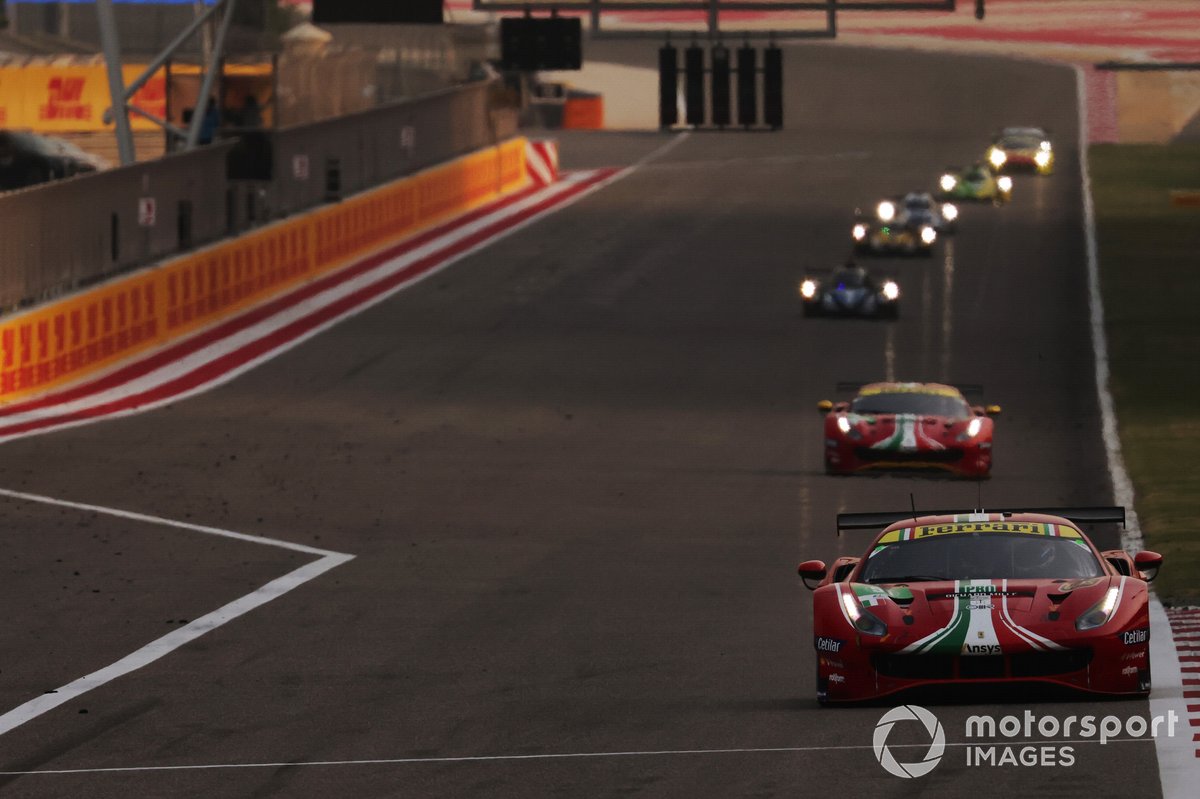 Stehlig said the draconian change for the Ferrari made outside the scope of the automatic BoP system under the so-called black ball rule for the first Bahrain race "made sense".

"We are not sure if we have seen the true pace of the Ferrari in the WEC races [excluding Le Mans, which is not part of the auto system]," he said.

He pointed to the race at Le Mans and ability of the winning GTE Pro Ferrari driven by James Calado, Alessandro Pier Guidi and Come Ledogar "to increase its pace at the beginning of the race when the track dried and again in the middle of the race" as evidence of this.

Ferrari has yet to comment on the revised BoP, except to point out that it has not returned to same level as at the Monza round in July when Porsche and Ferrari were separated by a handful of seconds for the majority of the race.

The FIA has insisted that the respective changes ahead of the two Bahrain races have been data-driven.

FIA technical director Xavier Mestelan-Pinon said: "Defining the BoP is challenging and complex as there are numerous parameters, while performance references keep evolving from race to race.

"However, any BoP decision is purely data-driven and there are no factors other than data influencing the BoP.  The whole process is fully transparent to the competitors."

He added that together with the ACO, the FIA is "constantly work on refining and improving the accuracy" of the BoP process. 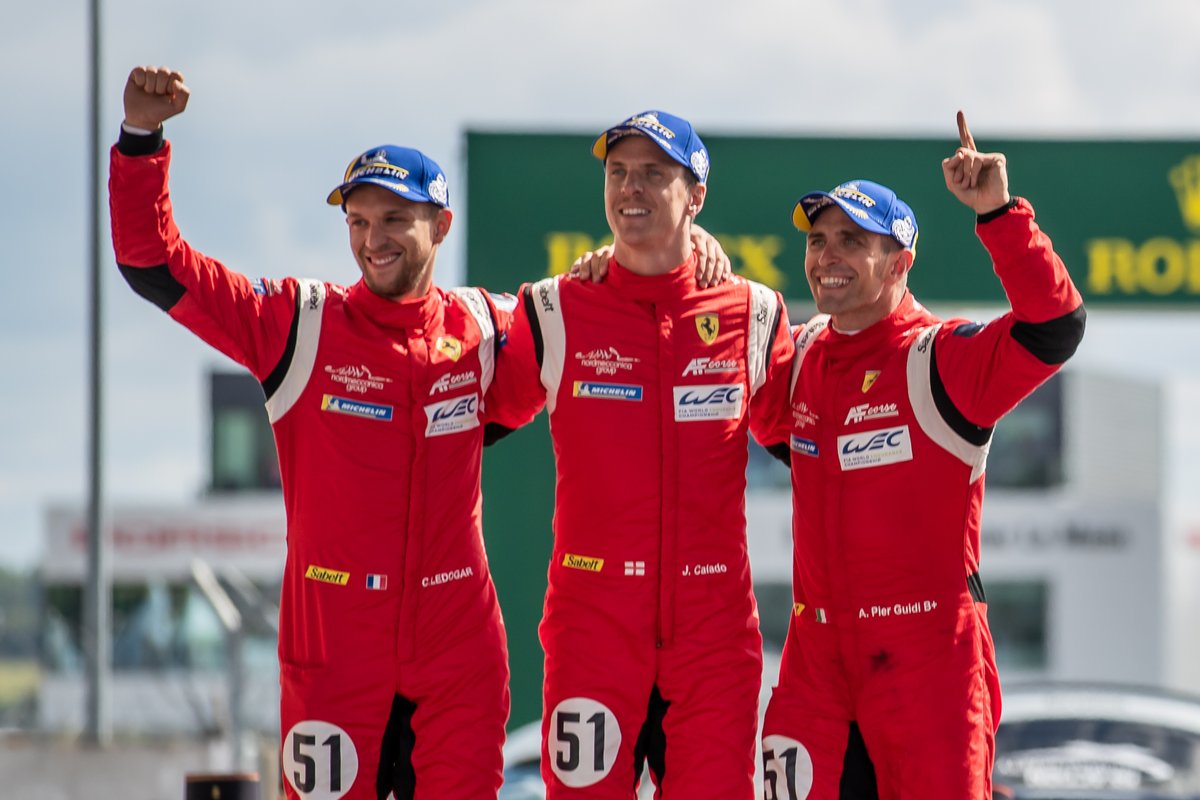 Ferrari proved victorious at Le Mans, a race held outside the parameters of the usual WEC auto-BOP

A joint statement from the FIA and the ACO said: "The FIA and the ACO would like to stress that their common goal at any time is to deliver fair competition on technical, sporting as well as promotional levels, providing all contestants with a platform to compete on an equal terms."

The change to the BoP for Bahrain 2 was published late on Wednesday night.

The reduction in the turbo boost pressure ratio for the Ferrari's engine has been halved from 0.08 to 0.04 throughout the rev range and the fuel capacity of the 488 increased by two litres to 91 litres to reflect the additional engine power that has resulted.

Ferrari claimed the change reduced engine power by 25bhp, which is more than 13.5bhp or 10kW maximum allowed between races under the auto system.

The BoP for the Ferrari in GTE Am has also been changed in line with that of the Pro category.

Ferrari topped the times in second free practice for the Bahrain 8 Hours with Miguel Molina.