Pier Guidi revealed after the race in which he and his team-mate claimed their third WEC crown together with fifth position that he opted not to change gear in the closing stages in an attempt to nurse their AF Corse Ferrari 488 GTE Evo to the chequered flag.

His decision to leave the GTE Pro class car in fifth was a response to rising transmission temperatures that followed the loss of fourth gear when Calado was driving with just over two of the eight hours to go.

“When I got back in the car, I tried to just skip fourth gear, so first, second and third and then with the clutch I got fifth and sixth,” said Pier Guidi.

“Then I realised that the temperature of the gearbox was going super high like this; it was right on limit.

“But on the straights when I was in fifth and sixth, I saw that the temperature was dropping a degree or two, so I thought, OK, I will use fifth for the whole lap.”

Pier Guidi revealed that his strategy brought the transmission temperatures under control after about 20 minutes as he lapped seven or eight seconds off the GTE Pro class pace.

The #51 Ferrari crew, who went into the Bahrain 8 Hours with an 11-point championship lead, needed to finish the race as the fifth highest-placed GTE car.

Had Pier Guidi dropped behind two GTE Am runners, Ferrari would have lost the drivers’ title to arch-rival Porsche.

The two factory Porsche 911 RSRs that could have beaten them to the crown finished third and fourth on a day that the German car wasn’t a contender. 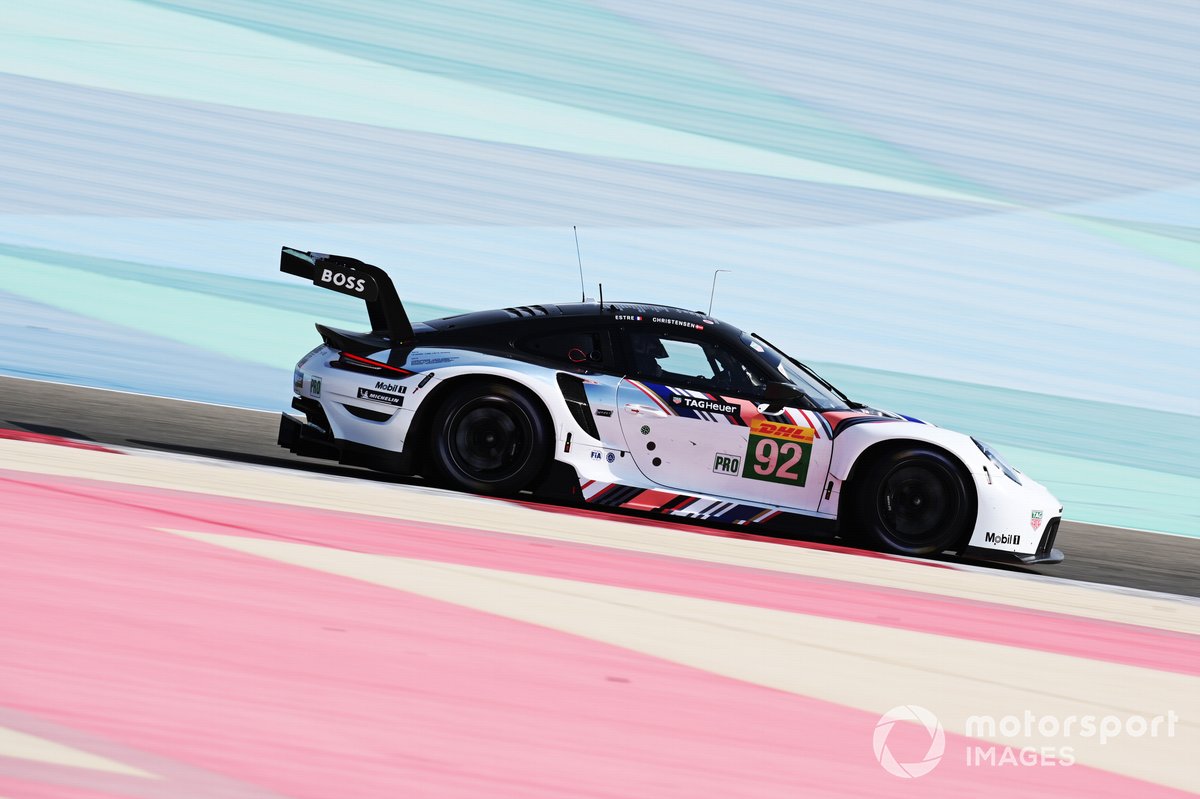 Calado was leading the class when he started to encounter gearbox problems and backed off before ceding the lead to team-mate Antonio Fuoco in the #52 Ferrari in which he took GTE Pro victory with Miguel Molina.

The Briton started hearing what he described as “strange noises” after getting back in the car for his second double stint and quickly realised it was the transmission when the car was in fourth gear.

“I thought I’d back off a bit and let Antonio past,” Calado told Autosport.

“As soon as I did that, there was an almighty bang and I suddenly had no fourth gear.

“Then it was a matter of trying to find a way to change gear, which involved going back to right-foot braking and the old heel and toe.”

Calado revealed that he had little confidence in the car making it to the finish when the problem struck.

“I was 95% sure we weren’t going to finish - I can’t describe the noise that was coming from the back of the car,” he said.

“I can’t imagine there is much left inside the gearbox, but lady luck was on our side this time.”

Pier Guidi and Calado won the title by three points from Kevin Estre and Michael Christensen after Porsche switched the positions of the #91 and #92 cars on the final lap.

Estre and Christensen were the highest-place Porsche crew heading into the Bahrain 8 Hours, but trailed team-mates Gianmaria Bruni and Richard Lietz for most of the race.

Ferrari also sealed the GTE Pro manufacturers' title, taking the crown by 12 points after starting the race equal with Porsche.