Peugeot will have to contest at least one prior round of the World Endurance Championship if it wants to enter the blue riband Le Mans 24 Hours in June.

WEC boss Frederic Lequien confirmed that the new Peugeot 9X8 Le Mans Hypercar will be required to race at either the Sebring 1000 Miles season opener in March or round two at Spa in early May if the French manufacturer is to be allowed to take up its two WEC entries for the double-points round on 11-12 June.

"They must race one event before, so we expect to have them at Spa," said Lequien.

"I am not working for Peugeot, so it would be better to ask them if they will be ready for Sebring.

"It is going to be very difficult [for them] to be at Sebring, but after yes."

Peugeot has never declared a rigid timeframe for when its new four-wheel-drive LMH prototype will begin racing, only that it will be over the course of 2022.

It has repeatedly re-iterated that it will only make a decision on when to race the 9X8 after initial testing, a position that stretches back to the announcement of the project in November 2019.

The plan was for Peugeot to join the WEC full time at the start of the 2022/23 season in the autumn of this year, but it didn't rule out contesting some races, Le Mans included, at the end of the 2021/22 season. The WEC's winter-series format straddling two calendar years was subsequently dropped for a conventional or annual schedule ahead of 2021.

Lequien explained that it was important for the rule makers to see the Peugeot in competition before the most important race of the year as part of the Balance of Performance process in the Hypercar class.

"We need to see the car racing before Le Mans: it is just a question of BoP and to analyse and get some data," he said. "It is sporting question, not commercial."

Peugeot's 9X8 was given an initial roll-out on a private proving ground of undisclosed location in mid-December. 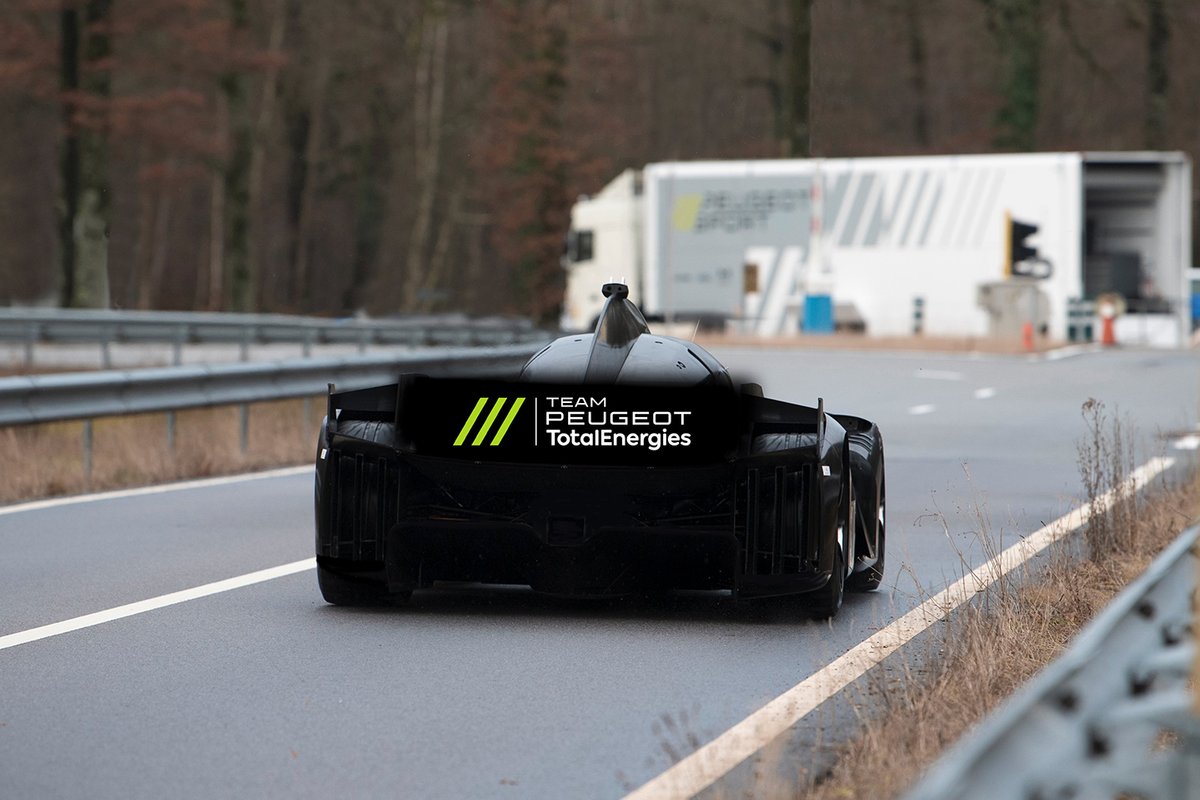 A Peugeot spokeswoman didn't rule out proper development on a race circuit beginning before the end of last year in the wake of its release of a doctored photograph of the car running (above).

No further communication about the development programme has been released by the French manufacturer.

The rear end of the Peugeot was blanked out so as not to reveal whether the car was running a conventional wing.

Peugeot unveiled a mock-up of the 9X8 in July without a rear wing.

Olivier Jansonnie, technical director of the WEC programme at Peugeot Sport, said at the time there was only a "small possibility" of the need for wholesale revisions to the radical aerodynamics ahead of the race debut of the car.