The French manufacturer has released photographs of the Le Mans Hypercar testing at the Aragon circuit in Spain yesterday in an aerodynamic configuration similar to the show car unveiled last summer.

That means it does away with the a conventional rear wing and exploits the freedoms in the LMH rulebook to produce the necessary downforce from its underbody.

The release of the shots from Aragon, the first circuit test of the 9X8, follow a teaser picture on Twitter put out by Peugeot late last month from a shakedown in which the rear of the car was obscured.

Olivier Jansonnie, technical director of the WEC programme at Peugeot Sport, said: “This configuration is permitted by the LMH regulations.

“Our calculations and wind tunnel work have confirmed the pertinence of our decision to run without a rear wing.

"We expect it to be validated as we test at different circuits with differing characteristics.”

Janssonie's latest comments follow his prediction back in July that there was "only a small possibility" that a rear wing would be required when the car starts racing at an undisclosed point over the course of the 2022 season.

The first photographs of a running 9X8 show revisions to the rear of the 9X8: there appear to be downforce generating kick-ups over each of the rear wheels.

James Rossiter, Peugeot's test and simulator driver, undertook the first laps in the 9X8 at the beginning of a multi-day test at which Loic Duval, Paul di Resta and Gustavo Menezes are also present. 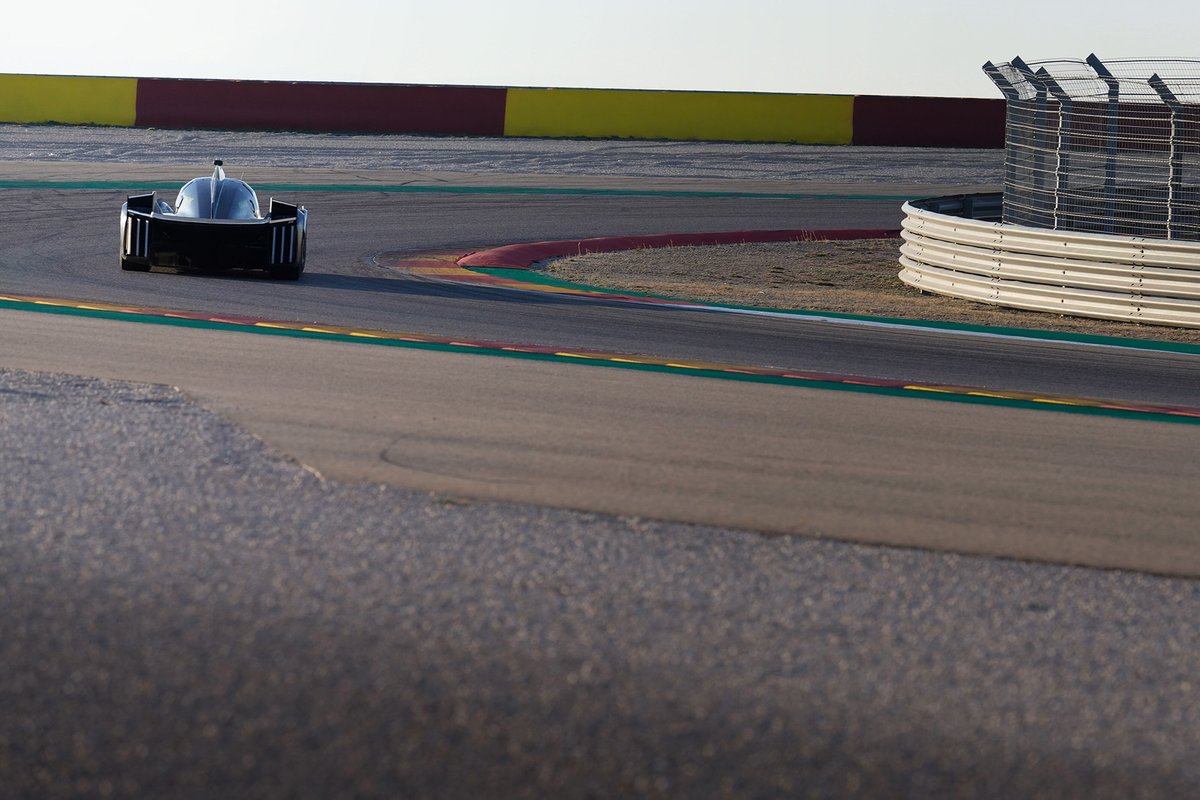 The 9X8 will miss Sebring

Peugeot also confirmed that it will not participate in the opening round of the 2022 WEC at Sebring in March.

It re-iterated its long-held position that it will make its decision on when to join the series after the initial tests of the car.

Jean-Marc Finot, motorsport boss of Peugeot parent company Stellantis, said: “Team Peugeot TotalEnergies will not attend the first of the six rounds that make up the 2022 calendar which kicks off at Sebring in Florida.

“The 9X8 will make its race debut based on its level of readiness, reliability and competitiveness as agreed with the championship’s organisers, who we will keep regularly updated as our development programme progresses.

"We could have opted for attending selected races only without committing to the season: that would have been possible but less coherent.

"Instead, we have chosen an approach that will enable the team to be fully immersed in the discipline, resulting in much closer collaboration with the organisers even if the 9X8 doesn’t contest every race as our development work and the homologation process continue.”

The LMH rules effectively freeze the specification of the a car until the end of the current rules cycle in 2025 once is homologated ahead of its race debut.

Peugeot has been told by the WEC that it will be required to contest at least one race beforehand should it want to take part in the Le Mans 24 Hours in June.

That means it will now have to compete at the Spa 6 Hours WEC round in May to be able to take up its two entries at the 24 Hours.