Glickenhaus believes it can "keep Toyota honest" in Sunday's Monza 6 Hours World Endurance Championship round after failing to deliver its full potential in qualifying.

Pipo Derani, who ended up fourth in the times in the best of the Glickenhaus-Pipo 007 LMHs, was confident that he would have been close to the American manufacturer's rivals in the Hypercar class but for the red-flag that interrupted the 10-minute prototype qualifying session.

The Brazilian believes that a laps that would have put him within three tenths of Jose Maria Lopez's pole position time in the best of the Toyota GR010 HYBRIDs was possible.

"Unfortunately we had the red flag and we weren't able to take the tyres off the car," Derani told Autosport.

"We were sitting there on pitlane for three or four minutes with the tyres cooling down, so the lap was quite tricky.

"My first sector was really bad because I didn't have the heat in the tyres."

Derani believed he was capable of a 1m36.2s lap in the 007 he is sharing with Olivier Pla and Gustavo Menezes,

Derani was out on track on a fresh set of Michelins for a second run when Stoffel Vandoorne crashed the #28 Jota ORECA-Gibson 07 LMP2 on the exit of the second Lesmo right hander.

Neither of the Toyotas went for a second run to preserve their tyre allocation for the race. 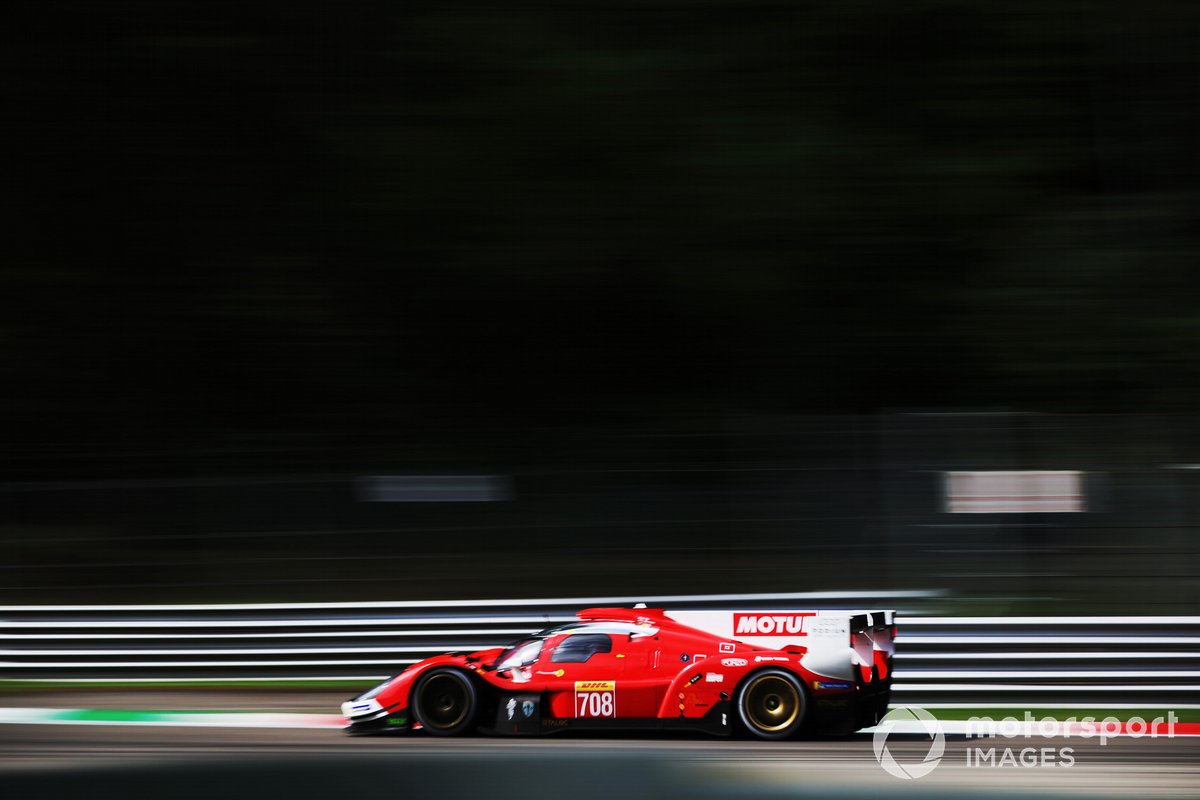 Derani also revealed that the traction control had not been working on #708 Glickenhaus during qualifying.

He believes that if the Glickenhaus Racing team can overcome a problem that has afflicted both its cars through the Monza weekend then it can make a fight of it with the Toyotas and the solo Alpine-Gibson A480 in the race.

"Tyre wear will be an issue if we don't have the traction control," he explained.

"If we do, then I'd like to think we can keep the Toyotas honest in the race.

"But they will have an advantage because there are a lot of corners here at Monza where they are coming out with four-wheel-drive [because their exit speed is above the 120km/h minimum at which drive from the motor generator unit is permitted]."

Richard Westbrook, who qualified fifth in the second of the 007s, explained that Glickenhaus had made "giant strides" on tyre management since the 007's race debut at the Portimao 8 Hours in Portugal in June.

"At Portimao, we couldn't get the tyres in the window or we'd blister them very quickly," he told Autosport.

"We're on top of that now, but it's still early days with this car, because it wasn't finished until February.

Toyota Gazoo Racing Europe technical director Pascal Vasselon expressed admiration for Glickenhaus and the improvement it has made since its WEC debut.

"The progress of Glickenhaus is impressive: they are within seven tenths in circumstances that have not helped them," he said.

Asked if he was expecting a challenge from the 007s in the race, he replied: "They are not far [from us]; we have seen in the practice sessions many times that they are lapping close to us."

The Monza 6 Hours, round three of the 2021 WEC, starts at midday local time in Italy.