The statement follows comments from bosses at the ACO and the World Endurance Championship over the past month that they were hopeful of Peugeot re-entering LMP1, probably at the start of 2020/21 season.

Peugeot had been a participant in the rulemaking process that resulted in plans for a new set of rules for the 2020 season, which were subsequently abandoned when the WEC announced a major overhaul of the series at the start of September in the wake of Porsche's withdrawal from LMP1.

The ACO statement reads: "The ACO has learned of Peugeot's decision to intensify its programme in a series other than endurance.

"We can only accept it and fix an appointment with them in the years to come to prove to them the interest of our branch of motorsport, and the validity of the direction taken in endurance in the areas of cost-capping and technology, which other manufacturers and other teams working alongside us will prove to them."

Peugeot announced on Wednesday that it would continue its relationship with Kenneth Hansen's RX team and that it was supportive of plans to introduce an all-electric category in the series. 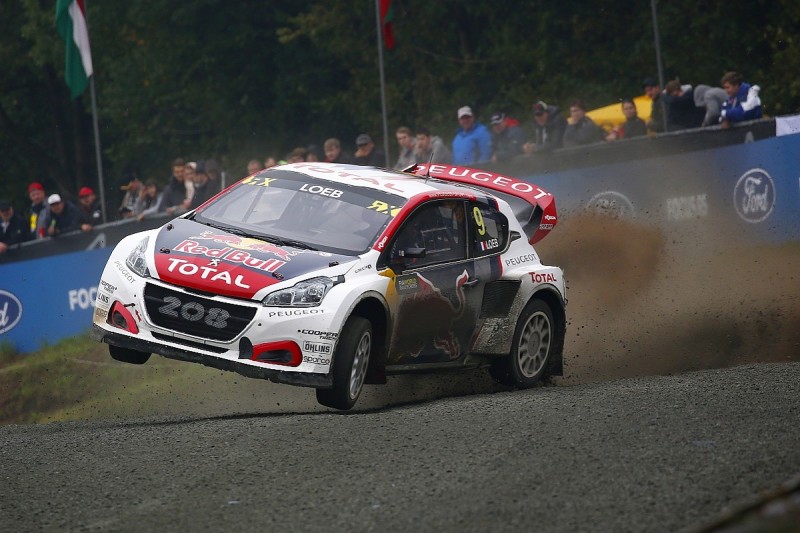 The French manufacturer had expressed an interest in returning to top-level sportscar racing under certain conditions, notably a major reduction in costs.

It is understood that Peugeot bosses believed that the now-abandoned 2020 regulations, which incorporated a series of cost-reduction measures as well as the introduction of zero-emissions running, would not have resulted in the cut in budgets it was looking for.

The ACO and the FIA, which jointly write the LMP1 rulebook, are currently working on new regulations for the WEC's top class, which will come into force at the start of the 2020/21 winter season.
The ACO statement stressed that it would be striving to further reduce budgets for LMP1 in its statement.

It read: "We're pursuing our strategy built around an accessible blue-riband category with budgets that are much smaller than those required in recent years: these grew exponentially as was very often the case in the past because of the involvement of several manufacturers.

"We'll adapt ourselves to this natural cycle in endurance and take appropriate action."

The ACO and the FIA are canvassing manufacturers as part of the rule-making process.

They have yet to reveal a clear indication of the direction they will go in, but have stressed an intent to keep hybrid technology.

Peugeot competed in LMP1 with two iterations of its 908 turbodiesel in 2007-11, before withdrawing from the category just months before the rebirth of the WEC in '12 after sustaining heavy financial loses.