Toyota appeared well set to bounce back from its 2016 heartbreak as the favourite for this year's race, comfortably taking pole position and leading through the opening nine hours.

But in the space of three hours on Saturday all three TS050 HYBRIDs were put out of contention, adding another chapter to Toyota's devastating history at Le Mans.

"My heart sunk for Toyota during the night when I saw their cars drop out," said Hartley, whose #2 Porsche recovered from its own serious problem early in the race to take victory.

"I felt quite sad, especially after last year. It's a brutal race.

"I know how hard everyone at Porsche has worked for this one day, and I know that Toyota will be working equally as hard.

"[Toyota's fate] was brutal, and then seeing the sister car [#1 Porsche retire from the lead] as well, I had mixed emotions when I came by.

"I saw it running very very slow and that's when I understood we were fighting for the victory.

"You can't write these stories, it's Le Mans, it's always unpredictable.

"Sometimes at the beginning of the race you don't believe it's possible for such a story to exist, but it did.

"We thought we'd lost our chance for the victory - this is a moment I will remember for the rest of my life."

TOYOTA HAS 'NO ANSWERS'
By Sam Smith and Jamie Klein 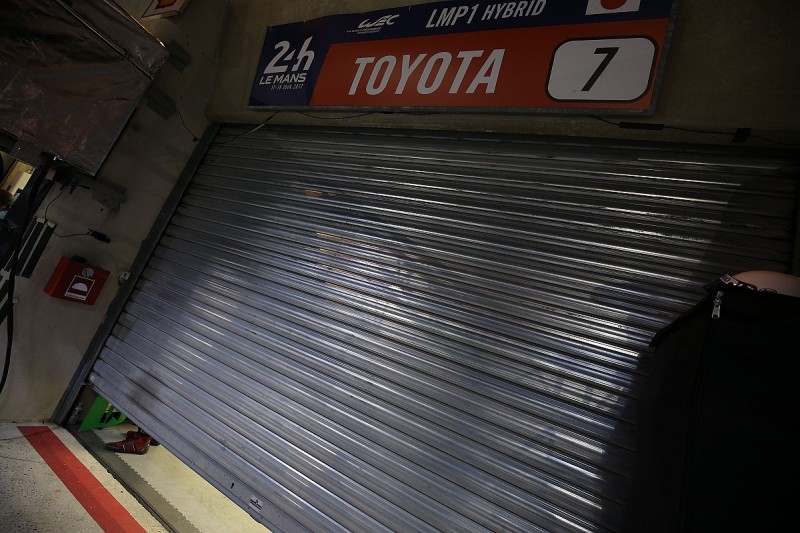 Toyota team director Rob Leupen told Autosport the failures sustained by two of its cars - a front motor problem on the #8 entry and a clutch failure on the race-leading #7 car - were a mystery at this stage.

"Both failures we saw took us by surprise and there are no answers," he said.

"We had not seen this [clutch] issue before. Normally there is always something we see at the tests and we talk to the drivers about to adapt or improve.

"The front motor also has a long life of 15,000km minimum, so we were not overly concerned about any of these things pre-race. It was a bad surprise for us."

Immediately after the race Toyota's drivers said the manufacturer must keep fighting to break its Le Mans jinx, and Leupen said that will be the case.

"We came back after a hard experience last year and we will come back next year," he said.

"We have a race to win and we have made big strides over the last two years.

"This year we still have a world championship to fight for, so let's fight for it."