Le Mans 24 Hours: #7 Toyota after swap but #1 Porsche closing in

While the gap between the race-leading #7 Toyota and the chasing #1 Porsche was more than 40 seconds while Kamui Kobayashi led the race from Nick Tandy, Lotterer closed on Stephan Sarrazin to reduce the gap to 34 seconds as the race reached 8pm local time.

The #8 Toyota continues to run third, another 20 seconds back, now in the hands of Kazuki Nakajima after Anthony Davidson's stint, while the #9 Toyota lost time after Yuji Kunimoto was forced to make an unscheduled stop.

Having taken over from Jose Maria Lopez, Kunimoto's door was slightly ajar, and following radio instructions from the team to close it while he was out on track, he was forced to return to the pits to get it fixed.

The fifth LMP1 car still in the race, the #2 Porsche, rejoined after a long spell in the garage after it lost front-axle drive, but it is running 55th overall and is now firmly out of contention, 18 laps down, meaning Porsche has only one car left to battle the three Toyotas for the win. 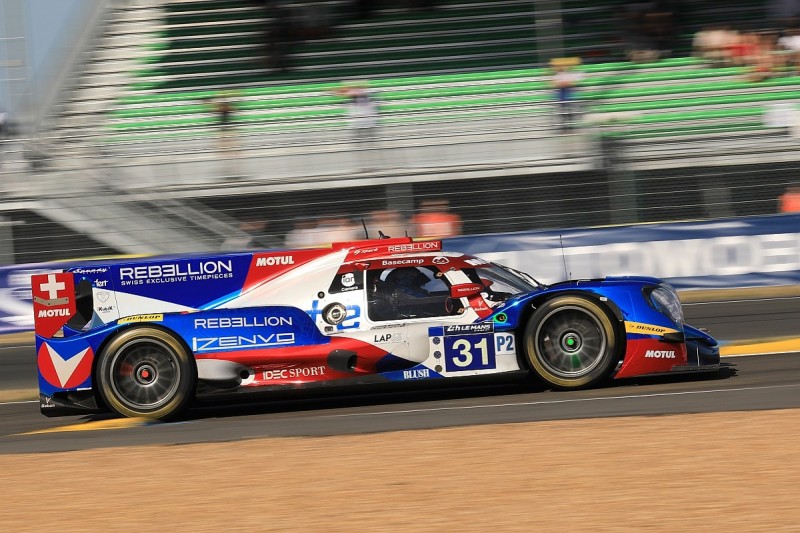 The Rebellion Racing squad continues to hold first and second place in the LMP2 class, but its cars swapped positions during the eighth round of pitstops at the end of the hour.

The #13 Rebellion ORECA driven by Heinemeier Hansson held the lead for much of the hour with the gap between him and Julien Canal in the #31 car ebbing and flowing.

But with the #13 car stopping a lap earlier than the #31, as it has throughout the race, Canal picked up the lead when his team-mate stop and emerged from the pits just ahead.

In the third place battle, Jonathan Hirschi held third in the #34 Manor ORECA at the end of the hour, although the pitstop timings mean the #37 Jackie Chan DC ORECA of David Cheng is due to take that position.

The #47 Villorba Corse Ligier, which was having a solid run at the bottom of the top 10, lost time when Roberto Lacorte spun in the Dunlop Chicane.

He came to rest with the rear wheels just stuck in the gravel and couldn't get going without assistance, which led to a slow zone being deployed. 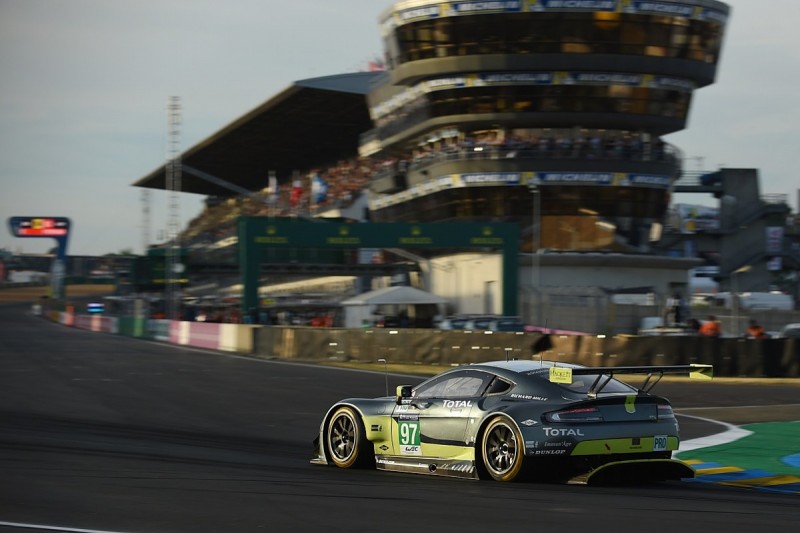 Aston Martin increased the lead of its #97 Vantage in the GTE Pro class from 2s to over a minute from the chasing #67 Ford of Luis Derani, thanks to a slow zone in the first sector falling within the #97's pitstop window.

Aston took advantage of the slow zone - called for a gyrating LMP2 at the Dunlop chicane - to bring in Jonny Adam for a fuel-only stop.

Ford were running second and third at the turn of the hour, but only because the #64 driven by Billy Johnson is running out of sequence with the others.

Net third place belongs to the #64 Corvette of Marcel Fassler, another winner in the slow-zone lottery, who is running ahead of the #51 AF Corse Ferrari.

The AF Corse entries are now the sole Ferraris running in GTE Pro after TDS LMP2 driver Matthieu Vaxiviere tapped Pierre Kaffer's #82 Risi Competizione 488 into the wall at the first Mulsanne chicane while lapping him.

Aston Martin also continues to lead GTE Am with the #98 Vantage currently driven by Mathias Lauda, which has a minute's lead over gentleman driver Robert Smith in the #84 Ferrari.

Euan Hankey is third in the #90 Aston.