The #1 919 Hybrid enjoys a 12-lap advantage over the leading LMP2 runners and Nick Tandy is therefore able to run at a fairly relaxed pace.

The car has enjoyed a trouble-free run so far with the only blemish being a spin for Neel Jani just before the #1 claimed the race lead.

There are just two other LMP1 cars in the race with the #2 Porsche still 10th overall and the #8 Toyota now into 14th.

LAURENT CLOSE TO A LAP CLEAR IN LMP2 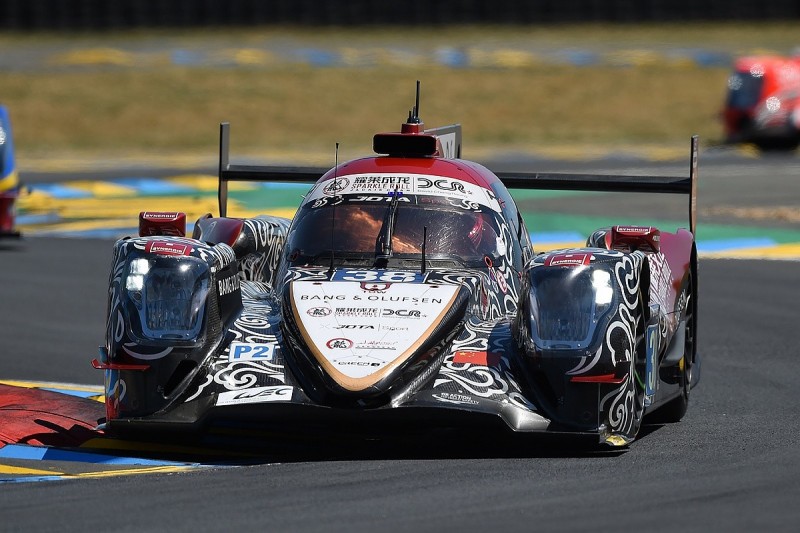 Thomas Laurent has extended the lead of the #38 DC Racing-run Jackie Chan ORECA to almost a lap at the head of the LMP2 field.

The car is now securely in second place overall after the #13 Rebellion ORECA had to briefly visit the garage during its latest stop.

Despite the lengthy stop, David Heinemeier Hansson remains in a comfortable second in class. The #35 Signatech ORECA has demoted the second Rebellion to fourth in class but Nicolas Prost is only 25 seconds behind. 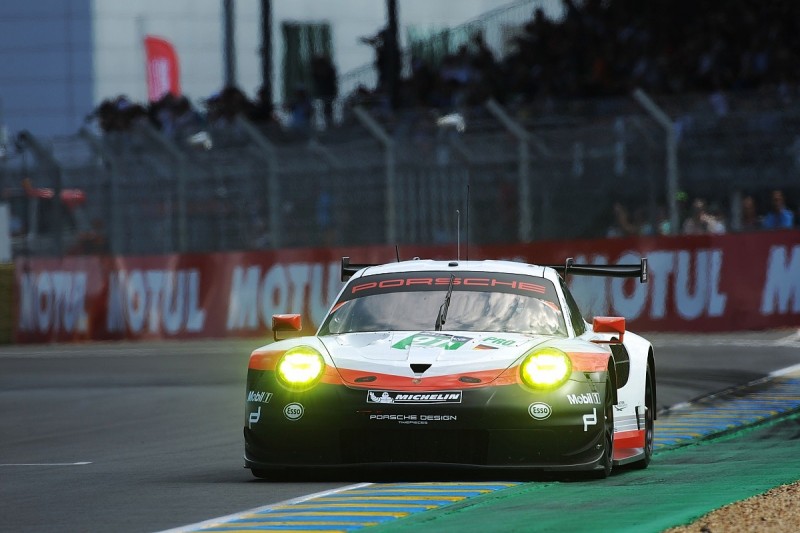 Porsche's sole remaining GTE Pro runner moved into what appears to be a secure class lead after the #95 Aston Martin overshot at Arnage on its out-lap in the hands of Richie Stanaway after a routine pitstop.

The team put the shunt - which damaged the front-left corner of the car - down to driver error.

Repairs dropped the #95 car off the lead lap, and although Nicki Thiim returned to the circuit in it after repairs, he soon slowed and cruised back to the garage.

The incident gifted Frederic Makowiecki, now at the wheel of the #91 Porsche, a lead of almost a minute over the chasing pack led by the #97 Aston Martin of Jonny Adam, who passed Jordan Taylor's #63 Corvette mid-way through the hour.

Makowiecki's routine stop at the end of the hour then put the Aston into a lead which will disappear when it makes its next stop shortly, and Makowiecki will resume the lead once the Corvette then stops.

The closest of the Ford GTs is the #67 currently driven by Luis Derani, a minute and a half behind Makowiecki.

JMW extended its lead in GTE Am when Dries Vanthoor got in the #84 Ferrari, already a lap ahead of its nearest rival, the #55 Spirit of Race Ferrari, by a handful of seconds a lap.